Current exhibition at the Municipal Gallery bwa in Bydgoszcz is a retrospective that in 200 objects presents the changes that took place in Beksiński’s art during nearly sixty years of his creative work. So we show some early drawings from the 1940s. We can watch as his technique changes and improves over the period of 20 years. We also present a set of photographs in which he shock with the ideas, being ahead of the approaching trends in art (let’s not forget that the photo period is only seven years 1953-59). But we focus predominantly on the mature art: the fantastic period and the last 20 years of his life.

Zdzisław Beksiński was born on February 24th, 1929, in Sanok. In 1947, after finishing gymnasium and secondary school, he started studying at the Faculty of Krakow Technical University. After graduating in 1952, forced by a work order, he lived in Krakow and Rzeszów, returning with his wife to Sanok in 1955. Here he started working in the bus factory „Autosan”. During that time he was mostly preoccupied with art photography and drawing, presenting his works at exhibitions in the country and abroad. He also sculpted and painted abstract images. In 1964, at the Old Orangery in Warsaw, Janusz Bogucki organised an exhibition of the works of the artists, which turned out to be a huge success, as all the works were sold. This let him give up working in „Autosan” and live by his own art. In 1977, he moved to Warsaw. In February 1984, he linked up for several years with a Parisian art dealer, Piotr Dmochowski. His wife died in 1998, and in 1999, his son committed suicide. On February 21st, 2005, Zdzisław Beksiński was murder in his Warsaw apartment. In his testament, he left his artistic output to the History Museum in Sanok, where it’s presented on permanent display. 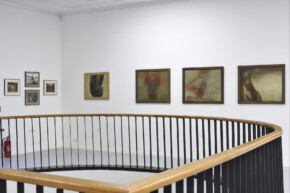 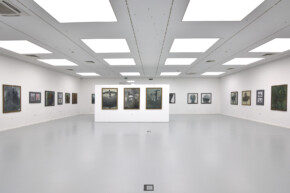 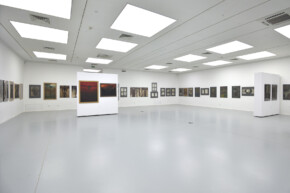