The exhibition will feature the latest paintings by Zbigniew Jastrowski, as well as earlier, never before presented ones. The title – Ad vocem – suggests that the artist refers to the events and facts accompanying his life and professional path. The facts and events that have taken their toll on his consciousness and convictions. It is symbolised, for example, by the landscapes that are initially idealised, and over time becoming – in form and content – the background for dramas taking place on the plane of images. There is also a man and his sad story, always closed in the form of a head, also subject to dramatic deformation over time. The composition is usually inspired by the conceptual sphere, which determines the ethos of ethics and morality close to the artist’s mentality. The painter, who has for many years also been an art teacher, in his works presents the thoughts of a romantic community of spirit and the flow of values from the youth intuition to the rules and habits of the artist-dissenter. Expression of forms is often intensified by the artist’s deeply textured treatment of drawings and planes and by the collage technique.
Zbigniew Jastrowski was born in 1948 in Bydgoszcz. Studied at the Faculty of Fine Arts of the Nicolaus Copernicus University in Toruń, in the study of painting of Prof. Bronisław Kierzkowski and Prof. Barbara Steyer. Got his diploma in 1978. He’s a teacher, he paints, draws and does commercial design.
Since 1981, he has been working in the Youth Palace in Bydgoszcz. He’s the founder of the “Palace Centre of Imagination” and the Palace Gallery present in the register of Bydgoszcz galleries; he’s also the author of several Bydgoszcz educational grants, such as: “Palace Gallery ‒ Integrated Art Education”, “Youth Gallery Pałac – Signs of the Time”, “Art Soothes the Savage Beast – Let’s Put an End to Aggression”.; the author and organiser of the National Poster Biennial “Young Poster” and a series of open-airs for artistically talented young people from Bydgoszcz, “Holidays with Palette”.
He is the author of twenty five individual exhibitions and a participant of several group exhibitions in Poland and abroad. His works are in galleries and private collections in, among others, Australia, USA, France, Germany. He is a co-organised and a participant in numerous open-airs, symposiums, art projects and actions in Poland and Germany, among them “Art Port” ‒ a project taking place as a part of the subsequent editions of “Rejs” (Voyage) organised by the Bydgoszcz Art Association. In 1991-2000, Zbigniew Jastrowski was the chairman of the branch of the Polish Association for Art Education in Bydgoszcz; in 1999-2002, member of the Board of Art Societies in Bydgoszcz; and from 2004 till 2015, a co-founder and member of the Bydgoszcz Art Society.
curator – Elżbieta Kantorek
Kantorek Gallery, 3 Gdańska St.
vernissage – September 29th (Friday) 2017, 6pm
exhibition open until October 27th, 2017 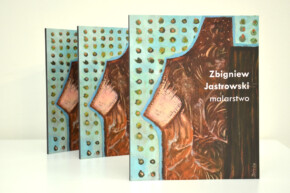 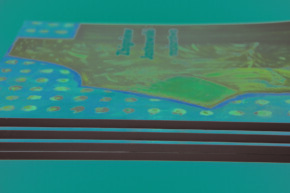