The exhibition presents 94 cartoons, 15 of them awarded from the works of 235 authors who took part in the last year’s competition.
The biennial Salon of Antiwar Cartoon is an initiative launched 32 years ago, to commemorate several thousand civilians murdered by the German occupiers in 1941 in Kragujevac, Serbia. One of the awards during each biennial edition is granted by the Mayor of Bydgoszcz.
THE WORLD CAPITAL OF ANTIWAR CARTOON
In the past 32 years the City of Kragujevac has become the world capital of not only antiwar, but the
cartoon in general. The International Antiwar Cartoon Salon has been gathering hundreds of authors from all over the world for more than three decades. Weather they are naive child drawings look alike, works oiinsecure hands of adults with disposition to sketch, or works of the most intelligent world masters of cartoon, the unique inspiration comes from a universal idea to condemn war, violence and destruction, with a single aim to cry out for a common sense to bring on the peace in the world.
At this 17th Salon 235 authors from each continent were on roll calljoining theirvoices in the mission
of peace. Thelury presided by Antonio Antunes, the cartoonist well known all over the world and the director of the prestigious Lisbon festival World Press Cartoon Sintra, had a pleasure and a diificultjob to choose among numerous extraordinary works the ones to be presented in the catalogue and at the exhibition, and of course even more difficult thing was to single out the best of them. The guideline was to offer the audience authentic ideas free from stereotype metaphors, which has already for a few decades been the Salon’s standard set by]ugo_slav Vlahovic and his cartoon awarded at this contest first edition. It has proved that the wretched war opens endless creative options to be exposed to mockery, ridicule, condemnation.
The cartoonist who won the Grand Prix ofthe International Association of the Peace Messenger, this
time sends a serious warning to the entire world with powerful depiction of dreadful, dark and
disastrous nature of the warfare using simple, clear and readable painting means. We see a soldier
who is entering a war area, while as a matter of fact he is entering the darkness of hell. The author
Massoud Shojai Tabatabai comes from a turmoil region of Iran which has been exposed to sufferings
and threats of war for decades.
On the other side, the Turkish cartoonist Omer Cam, who was awarded the Golden Plaque and the
first prize given by the organizers, turns tank tracks wheals into wine barrels and places a glass of wine in to a soldiers hands, thus, celebrating life and truth, for the wine is a measure of pleasure, but also, as they say, in wine there is the truth. The winner of the Silver Plague is the Polish cartoonist PawelKuczynski whose utopian vision features soldiers firing from bazooka brad instead of grenades.
As long as there are dreams like these, there is hope. The cartoon cannot change the world, but it
can encourage us to take action, it can give warning, as well as to make us laugh even over darkimages the warfare inevitably brings, and also to remind those who dedicated their lives to collecting medals in war campaigns that behind every war medal there are hundreds and hundreds of black ribbons remembering innocent victims. That is the mission ofthis Salon, and that is what keeps it alive.
As for Kragujevac, this city is proud of being able to gather above the shadows ofits victims this big
and this honest crowd devoted to peace above the shadows ofits victims, and itis proud of becoming
the world capital of antiwar cartoon owing to this Salon. Thus, it sheds at present a light on those
victims keeping them alive for ever.
Miodrag Stojilovic
Director of the Salon 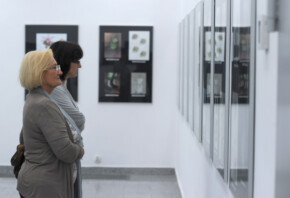 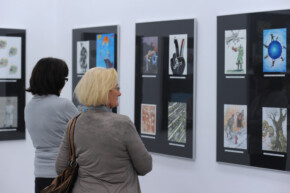 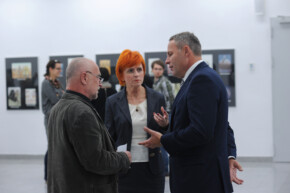 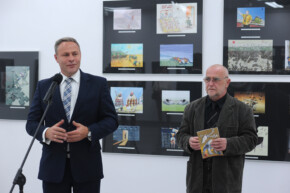 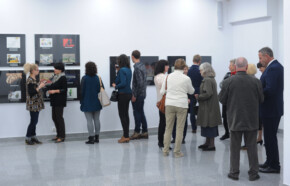 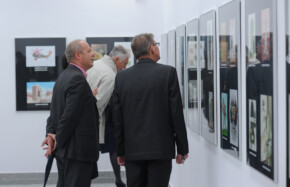 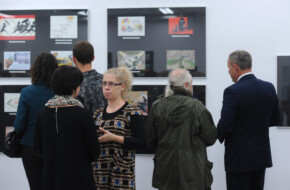 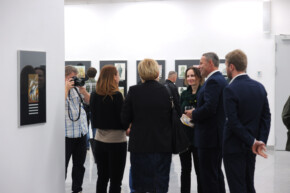 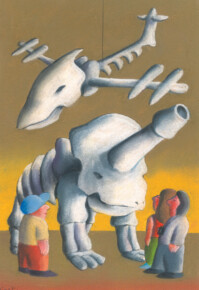