Władysław Hasior, a great innovator of contemporary Polish art, died on July 14th, 1999, and in the hustle and bustle of public quarrels the enormity of the loss went unnoticed. Great retrospective of the artist’s work, organized through the efforts and expertise of the curator Anna Żakiewicz at the National Museum in 2005, did not receive an appropriate response of critics. Only the young audience of the exhibition became dazzled and enchanted before the works of the Master, expressing their feelings on the Internet. And now, several years after his death, Hasior returns. According to the prediction of a great connoisseur of contemporary art, Anda Rottenberg, in the section devoted to Hasior of the book “Art in Poland 1945 – 2005 (Warsaw, 2005)” There comes the time of Hasior I met him in July 1964, when for a couple of years already there had been rumours of an original young artist from Zakopane. It must be remembered what time it was. After October 1956, the Polish culture was hastily shedding the choking corset of socialist realism, because that misguided concept of the Stalinist era moved the development of art back by a century. The Iron Curtain cut off access to the knowledge of the newer directions, and the party propaganda branded them as the product of a hostile rotten imperialist ideology from the West. […] Visual arts have always been my love, in addition to the literature, about which I write professionally. I also had, for a long time, certain knowledge about the artists of the twentieth century, and the news about Hasior were intriguing. The stay in Zakopane posed an irresistible temptation to visit his studio, to go to the lair of the artist. He lived in a boarding house of the National School of Art Techniques, commonly referred to as the Kenar’s School, because it was Kenar, a prominent sculptor and teacher, who gave the institution a new face. Hasior, the graduate of the school, returned to it after studying at the Warsaw Academy of Fine Arts, to continue the work of the unforgettable master and teacher. It was Kenar who recognised and supported the talent of the boy from Nowy Sącz. The wooden building was wrecked, the interior – poor and neglected. In the Hasior’s study, there was only some necessary furniture, the rest of the space was appropriated by the creations of his hands and imagination. From the threshold, the guests could only look in awe. From the walls, doors, ceiling and floor, a multitude of strange creatures emanating immense expression were marching towards the audience. They were made of shocking materials: of objects, of their parts, glass, wire, scraps of fabric, even of soap! They were made of used things, things destroyed by time or intentionally torn. Classical music was seeping from somewhere. A theatre or a temple? […]”
Hanna Kirchner 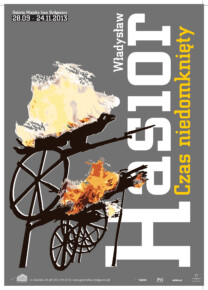 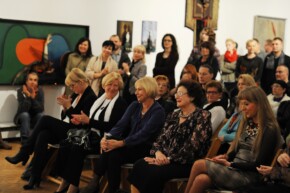 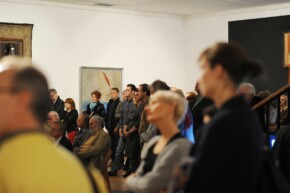