People are programmed to what they know and what they expect; looking, they usually do not reflect on the sheer act of viewing. This statement provoked Thomas Dobiszewski to carry out specific studies. The exhibition at the Municipal Gallery bwa presents their results visualisation of those elements of image interpretation that are beyond our perception.
The basis for the Fixations exhibition was transfer of the technique used in marketing research (*eye-tracking) into the sphere of art. The artist asked to participate in the research a group of dozens of people, who were presented with the visual stimuli in the form of films, photographs and illustrations. The aim of the project was to show other possibilities to decipher the reality, to expand the consciousness of perception of the recipients and to provoke them to consider perception. The studies were conducted in collaboration with the School of Form in Poznan.
The exhibition features a series of films, objects, graphs and photographs created on the basis of test results, illustrating the visual activity of the test participants.
These films show what is happening to our perception system when, observing the monotonous sequences of reality (water, sky, fire), our thoughts are poles apart from the image we look at.
Objects illustrate the path of sight on a three-dimensional space. The author approached the process of perception as a tool to create spatial models of the images that were recorded by the viewers.
The photographs together with the affixed heat maps are an analysis of the author`s earlier works, created in order to throw the viewers off their habits related to the perception of reality. In these works, the viewer often needs a tedious exercise of eyesight to be able to read different elements of the image.
The exhibition will also present the analysis of the perception of selected works from the canon of art, which will be shown in the form of animated heat maps. Moreover, the artist chose photographs from the iconic book by Roland Barthes, "The Light of Image" and presented them to project participants to compare the punctums of the subjects with those indicated by the author.
The exhibition is complemented by graphs, representing the path of sight on a white sheet of paper. The research participants were asked to draw simple objects with their sight. The end result is pictures showing the interpretations of objects from the memory of the participants. Some of the graphs indicate a very archetypal memory of objects, while others give hope that not all of us perceive reality in the same way.

——————
* "Eye-tracking", involving the registration of eye movements in real time and determining the direction of the line of sight in relation to the viewed scene. These tests can accurately determine at what exactly and for how long the person looked.

Tomasz Dobiszewski (born in 1977) graduated from the Academy of Fine Arts in Poznan. He formulates his artistic statement using photography, video and multimedia installations. He explores time and space, limitations of perception, illusion and widely understood concepts of participation. In his works, which are the evidence of the artistic process of taming the media, he does not stop at the purely conceptual cognitive strategies, but enriches the discourse with non-intellectual elements, such as sensory experiences and intuitive knowledge. He combines messages readable for a variety of human senses; and, experimenting with the physiognomy of vision and hearing, on the one hand he aims at a more comprehensive and holistic communication; on the other, as if maliciously or perhaps ironically, he deprives the viewer an opportunity to learn the essence of the work. His works have been presented at many exhibitions, among them Month of photography, Krakow (2012), Shadowplay, Radom (2010), Against Seeing, Krakow (2009), Show Me Yours, Mannheim (2009), Made in Poland: Contemporary Pinhole Photography, Boston, New Bedford (2007); Polygonum, Bydgoszcz (2007). 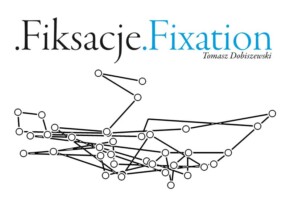