Stanislaw Matuszczak was born in Bydgoszcz on April 6th, 1934. From his youth he used to paint and draw. In 1948, he went to the State High School of Fine Arts in Bydgoszcz. He was taught, among others, by Jan Biedowicz, Stanisław Brzęczkowski, Zygmunt Kotlarczyk, Marian Turwid. He also studied at the Academy of Fine Arts in Warsaw, in the study of Prof. Janusz Strzałecki. Graduated in 1959, in the study of Prof. Eugeniusz Eibisch. He deals with functional art, mainly graphics, but the main fomains of art that he is interested in are painting and drawing. He’s participated in numerous professional, national and post plain-air exhibitions. Since 1963, he’s been teaching at the High School of Fine Arts in Bydgoszcz, where he was director in the years 1987–1991. He was already interested in lithographs in the art high school; now he’s been passing his experiences to the young supporters of art ‒ since 1999, he’s been the head of the lithography studio.
In 1972, in the Little Salon of Art of the Society of Friends of Art, there was the first individual exhibition of Stanisław Matuszczak, titled “Essays”, presenting his drawing and gouaches, organised by the Bureau of Artistic Exhibitions in Bydgoszcz. After forty five years in the same lounge (now Kantorek Gallery, branch of the Municipal Gallery bwa), the artist exhibits his latest cycle of works, in which drawing, which he prefers, plays a significant role – this is twenty one black-and-white lithographs created in the years 1999-2009. These are subtle graphics of open composition, with shapes determined by a delicate outline, and tonally differentiated patches are made of dense lines, expressive but balanced, losing the unambiguous character in favour of achieving a specific mood and painting form. 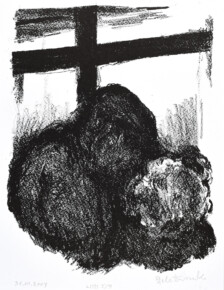 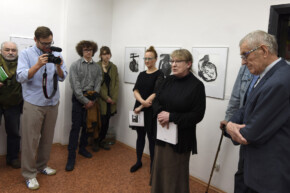 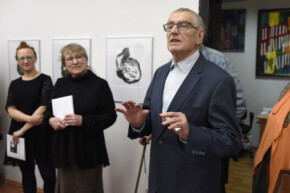 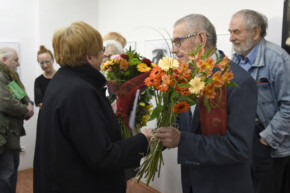 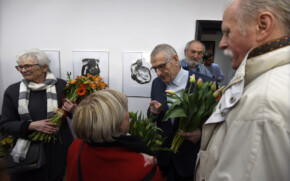 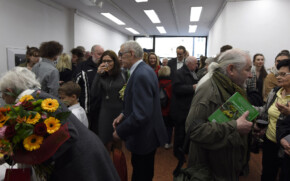 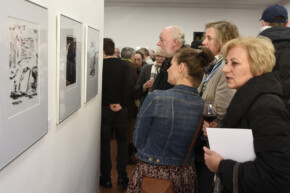 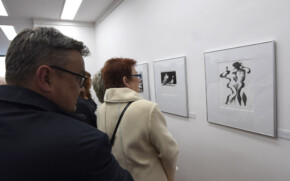