In distant places, in different environments, the stories of two artists of similar age and sensitivity are created. The exhibition “Life begins at fifty although, it ends at forty” is a meeting of the work of Slezkin and De Smet. Their painting is permeated with a unique combination of fresh enthusiasm for life and deep reflection on it. Personal memories are mixed with a strong political and historical awareness. Both artists act a little like reporters and a little like poets. They seem to see too much bitterness while having a strange kind of optimism. Above all, however, they are characterised by a distance similar to that of the title sentence taken from the words of one of Michel Houellebecq’s characters.

Michał Slezkin (born in 1960) – Polish intermedia artist, author of oil paintings on canvas, large-format works on paper and drawings in the form of diaries, as well as installations, sculptures and spatial objects. He also creates conceptual projects and installations using real and unreal reality. He made his mark with an unusual project on memory “Państwo” (State), based on a game he co-created as a teenager with his father and a group of friends, reactivated in 2009 and began to gradually develop. He graduated from the Warsaw Academy of Fine Arts with a diploma in graphics and poster design in the studio of Maciej Urbaniec. He lives and works in Warsaw.

Gery De Smet (born in 1961) – a Belgian-Flemish artist who expresses himself mainly through painting but also installation, happening, video, graphics, often including text. He spent his childhood in Antwerp. Even as a child, he painted in his own way with whatever was at hand, such as printer’s ink. However he wanted to become a writer and as a fourteen-year-old he used to publish his own newspaper, and also published a volume of poetry. He felt the need to change after winning a short story competition but words still play an important role in his art and he continues to use his small literary forms in his art. An example is the title Chwała i moc ciała i duszy (Glory and Power of the Body and Soul), which he gave to the Polish emblem made of confetti as part of the Mediations Biennale 2016 in Poznań.
He graduated in painting from the Ghent Academy of Art and completed postgraduate studies at the HISK in Ghent where he lives and works. 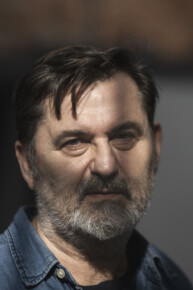 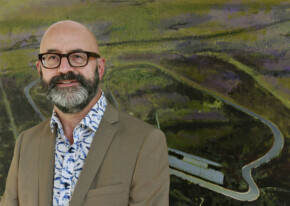 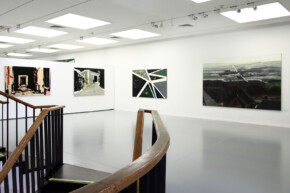 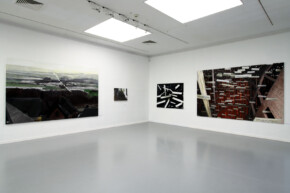 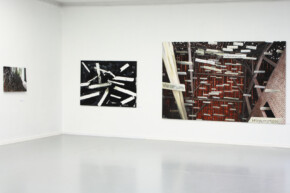 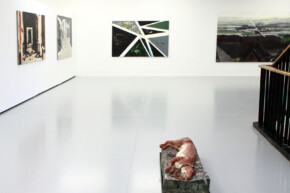 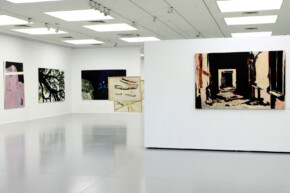 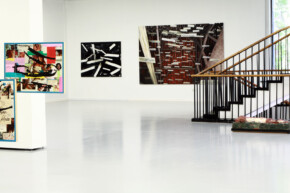 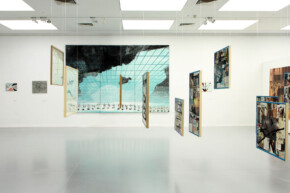 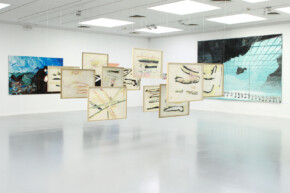 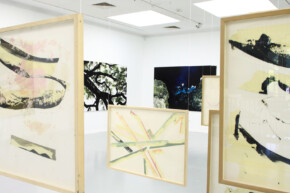 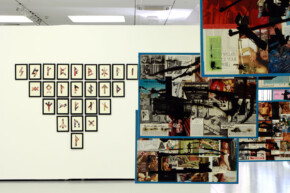 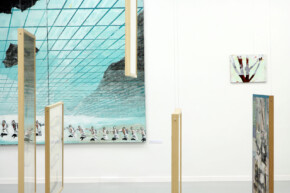 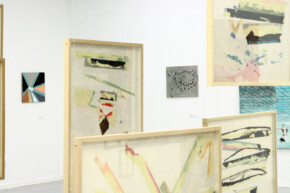 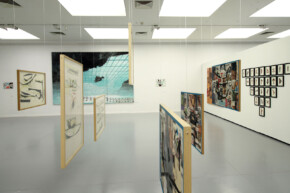 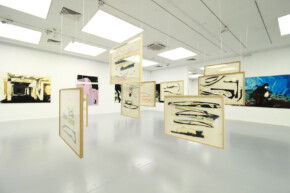 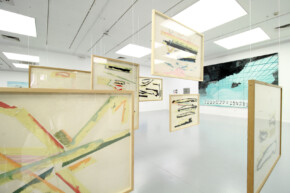 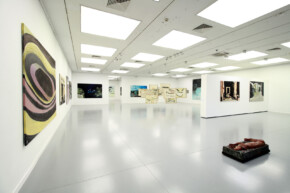 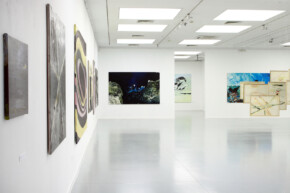 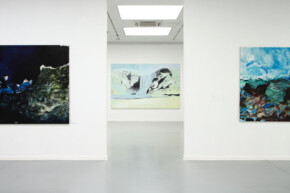 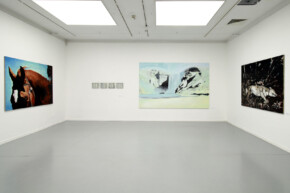 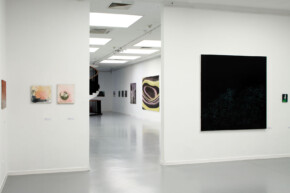