The exhibition “Post-industrial Landscape” (photography and film) is a look at abandoned places, evoking images of human activity related to industrial development. The authors of the photographs show not only decaying buildings of disused factories but also deserted residential areas – workers’ estates, once the backbone of big industry, residential buildings, often set in the shadow of monumental chimneys, heaps, dumps. The post-industrial landscape is supposed to make us reflect on the relationship between man and place, which is essential in understanding our own identity.
Participants of the exhibition: Michał Cała, Dariusz Gackowski, Arkadiusz Gola, Rafał Kobyłecki, Marek Stańczyk, Katarzyna Świętochowska.

Exhibition is accompanied by catalog

Former factories, mines, steel mills, freight exchanges or transhipment stations lure us in and disturb us. They have been transformed into a museum, an open-air museum, a gallery, a café, a meadow, a tourist path, golf courses, lofts, an area of various sports and cultural activities, and finally into an abandoned industrial architecture lost in space. As if a sandstorm had passed, covering the place, and with it the old experience of the human mass that lived in the discipline, humbly submitted to the rhythm of work, the time allotted to rest; it remained in the sense of the value of teamwork, in the understanding of planned solutions and precise activities, returning day after day.
As a result of the “post” prefix, post-industrial places are already extracted by time, after the noise and movement of factories have been forgotten. These places are somehow crippled and inert, even when they delight with their design and seem to be bustling again with visitors’ lives, like in Essen, Ostrava or Zabrze. Strolling through glossy museums and cheesy shopping malls, built on the grounds of former large industrial plants, a moment’s reflection is enough to get to the experience of the end, including the end of the settling in. Are we doomed only to watch a posthumous spectacle after the end of what was once so carefully cherished and respected by us?
Aleksandra Kunce, About the experience of a post-industrial place and science of (about) home, a passage from the text for the catalogue Post-industrial Landscape, Municipal Gallery bwa in Bydgoszcz, 2020

Michał Cała was born in 1948 in Toruń. After graduating from the Warsaw University of Technology, he settled in Silesia and in 1975–1992, devoted himself to photographing the Silesian industrial landscape. This endeavour resulted in a series of black and white photographs: “Silesia”. In 1979 and 1983, the author won the Grand Prix at the Polish Landscape Biennial in Kielce. In 2007, Michał Cała took part in the exhibition presenting 100 selected photographers, titled “Polish Photography in the 20th Century” – the Palace of Culture and Science in Warszawa. The same year, the British Journal of Photography magazine wrote about the author and his Silesian pictures. His photographs were published in albums: “Anthology of Polish Photography 1839-1989”, “Polish Photography in the 20th Century”, and “Silesian Art Photography”. In 2015, the Museum of the History of Photography in Kraków published his album “Silesia and Galicia”. In 2017, the photographs from the Silesian series were published in the online edition of The Guardian and exhibited at the MMX Gallery in London. In 2018, “Silesia” was exhibited at the Blue Sky Gallery in Portland (USA), and the Photo London Festival. More about the author and his works can be found at www.michalcala.pl

Dariusz Gackowski photographer and film-maker, member of the Association of Polish Photographers.
He studied at the European Academy of Photography in Warsaw and graduated from the Andrzej Wajda Master School of Film Directing in Warsaw. Reportage and documentary are the main fields of his photography. Since 2006, he has also been making documentaries. He has received numerous awards and distinctions, including a nomination for the Independent Cinema Award OFFSKARY 2008. Took part in the registration of Performance: Open situation for the BWA in Bydgoszcz. He also recorded alternative music concerts of Mózg Festival at Teatr Polski in Bydgoszcz in 2008-2011; 2018 – album Industrial– Bydgoszcz Literary Award of the Year 2018 Strzała Łuczniczki.

Arkadiusz Gola PhD student and teacher at the Institute of Creative Photography at the University of Silesia in Opava (Czech Republic). He deals with documentary photography, primarily registering the changes taking place in society in Upper Silesia after 1989. He is particularly interested in places connected with heavy industry, which shrank significantly in Poland at the end of the 20th century. He has worked as a press photographer since 1991, and since 1996 – in the editorial office of “Dziennik Zachodni”.
He has won awards in the most important national press photography competitions; in 2003 he was selected the journalist of the year of “Dziennik Zachodni”, in 2010 he received the President of the City of Zabrze Award for Culture. Scholarship holder of the Marshal of the Silesian Voivodeship in the field of culture. In 2017, he was awarded the badge of honour “Merit for Polish Culture” by the Minister of Culture and National Heritage. His photographs can be found in the collections of the museums in Sosnowiec, Ruda Śląska, Katowice, Zabrze, Kraków, Olomouc and Nord- Pas-de-Calais. He is a member of the Association of Polish Photographers, author of books: Poziom na dwa łamy, Ludzie z węgla, Nie muszę wracać…, Stany graniczne, Ogrodowa 1, Nieznany dworzec, Królestwo niebieskie. He has exhibited his works in Poland and abroad (Czech Republic, France, Germany, Belgium, Slovakia). He lives in Zabrze. www.arekgola.com

Katarzyna Świętochowska – a psychologist by education, an English and Swedish language teacher by profession. She has been taking photos since 2010; since December 2017, she is a member of the Association of Polish Nature Photographers (ZPFP).
Individual exhibition: “City Geometry”, Cafe Foto, Łódź (2013).
Group exhibitions: The Łódź Photographic Society (2012); the Festival of Industrial Photography (2017, 2018, and 2019), the “Photographer of the year” of ZPFP (2018).
Favourite topics: post-industrial landscape, nature, people.
Instagram: kraju_obrazy
facebook.com/krajuobrazy/
www.katarzynaswietochowskafoto.wordpress.com

Marek Stańczyk – a photographer documenting industrial objects and the landscape of Lower and Upper Silesia. For more than two decades, he has been photographing plants that are intended for decommissioning – mainly mines and steelworks. Author of more than 90 exhibitions – individual and group ones in 1997-2019. Since 2008, he has been carrying out a cyclical project called Duchy Przemysłu (Spirits of Industry), every 4 years presenting a set of photographs at exhibitions and lectures. Another concept-art is MADE IN SILESIA – a multimedia video mix presenting the landscape and objects in urban space together with their liquidation.
The creator is the author of a photo album published in 2016 – “Industria. Początek i Koniec” (Industry. Beginning and End) (in which the photos from 11 years of activity are presented, in particular, author’s panoramic photographs). He is also an illustrator for many trade magazines of coal companies and magazines related to culture and art. Winner of many photo and film competitions, scholarship recipient of the Marshal of the Silesian Province in 2008, and the Minister of Culture in 2011.
His work does not focus on the synthetic presentation of photographs of objects, as many works are also developed graphically and interspersed with metaphors, nostalgia and sometimes abstraction, which can be seen mainly in processed multimedia presentations. Most of the projects that are carried out are long-term ones.
The first medium that contained observations from the surrounding world was a notebook and the lyrics written down in it, the next – the music of Outsider/EgoZoom project. He takes his work quite seriously – because photography is not just a photo, it is a series of memories, reflections, accumulated experiences. Until now, the only medium through which he shares his works is YouTube, where he runs the “FredMentor” channel. He loves spending his free time in the mountains of Lower Silesia, photographing them, and in secluded places, far away from people. Collector of postcards with industrial views, of technical drawings, albums and books related to the history of industry and photography. He still photographs on 120 and 135 films. A graduate of Katowice Institute of Information Technologies, with a degree in Graphic Design.

Rafał Kobyłecki – lover of many forms of photography. Reportage, architecture, street, concerts and mountain landscapes are his passion captured on the camera matrix. He was born and lives in Łódź, where he photographs the face of the changing urban fabric.
He presented his exhibitions during the first two editions of the Upper Silesian Festival of Industrial Photography in 2015 and 2016. In 2016, he won the Light.Move.Photograph. — “Discovering with Light” competition for the most interesting photo taken during Light Move Festival. In 2017, the set of his photographs titled “Trik” (Trick) was recognized as the best photographic project in the prestigious “POTĘGA ŁODZI” (POWER OF ŁÓDŹ) competition. All the works can be viewed on the author’s website www.jurastudio.net 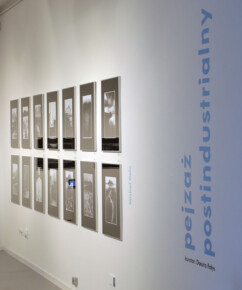 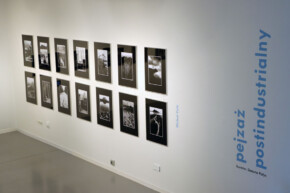 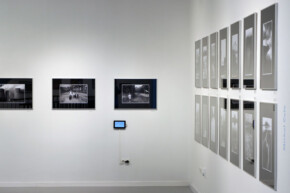 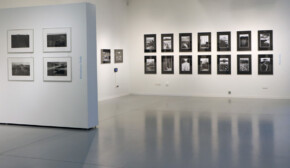 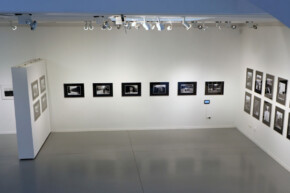 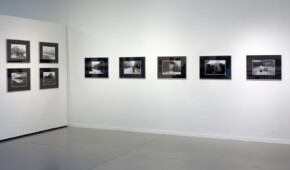 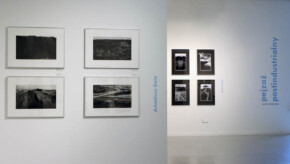 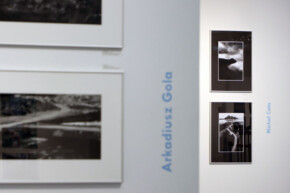 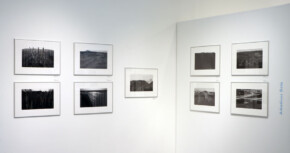 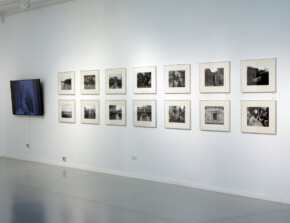 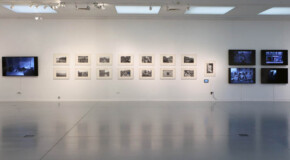 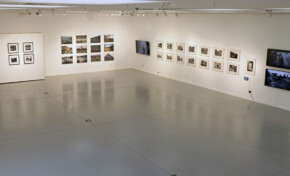 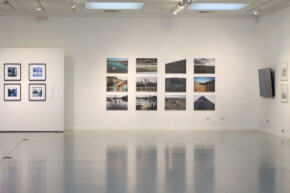 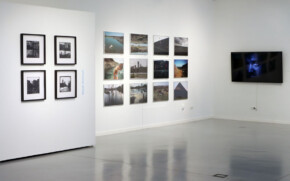 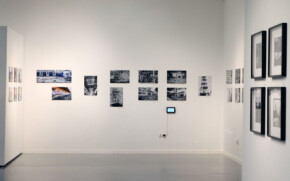 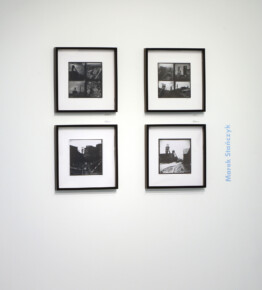 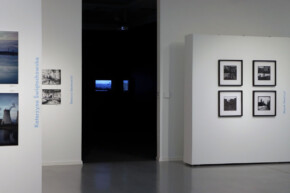 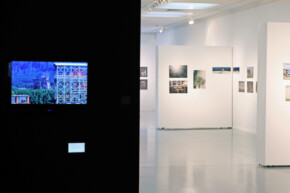 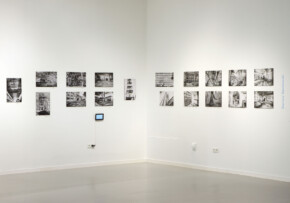 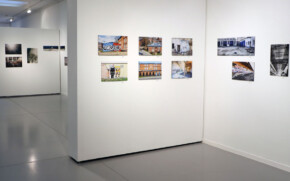 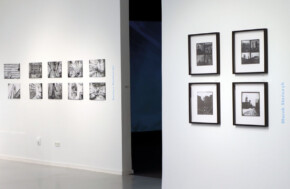 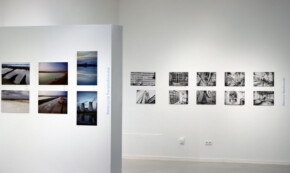 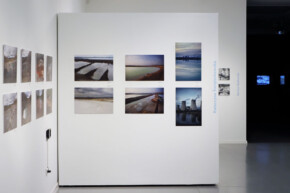 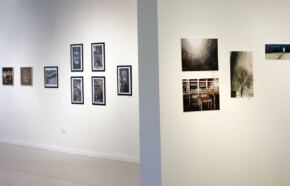 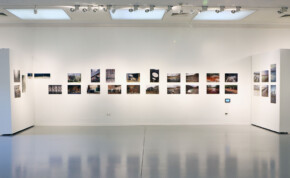 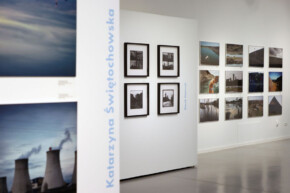 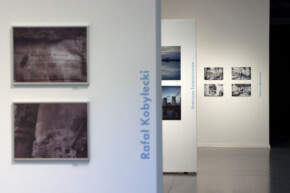 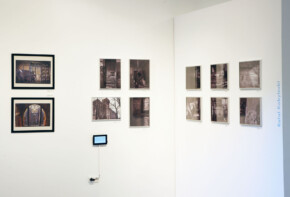 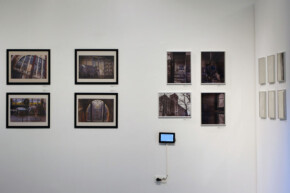 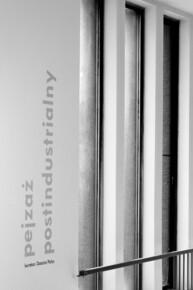