In the Municipal Gallery bwa in Bydgoszcz we can see an exhibition of the works by Michał Szlaga, one of the most recognized contemporary Polish artists. Visitors can see two series of photographs: Poland and Gate. Those who are aware of Michał Szlaga’s work know that his commercial works for “Twój Styl”, “Przekrój”, “Newsweek” or “Viva” delight with technical perfection, while his photographs recording the annihilation of the Gdańsk shipyard combine technical perfection with poetic artistry. Nothing like that will be found in the two series presented at the Bydgoszcz exhibition. Both Poland and Gate are photographic stories with photographs that seem to dazzle with “haste”, “sloppiness”, randomness… However, we are not dealing here with any randomness or workshop shortcomings, the choice of form is well-thought-out. Aesthetic brutality of the shots makes sense.
320 frames carefully selected from several thousand photographs show a panorama of contemporary Poland – kitschy, coarse, tacky, sometimes vulgar, sometimes repulsive. Poland by Szlaga is a world of everyday life with added variety of unsophisticated entertainment, over which the smell of sweaty bodies and spilled beer hovers. But it is also a Poland of poetic landscapes, reverie and beauty.
A separate, but at the same time complementary to Poland is the Gate series. The title Gate is the Shipyard Gate No. 2 located in the vicinity of the Monument to the Fallen Shipyard Workers, at which the most important events from the recent history of Poland took place. It was underneath that gate that masses for striking workers were celebrated in August 1980; it was from that gate that Lech Wałęsa spoke to those gathered at the Shipyard; it was near it that Pope John Paul II prayed. So no wonder that after 1989 it became a symbol of political changes in Poland. Over the course of a few years, Szlaga recorded the events taking place here and documented the surroundings changing around the gate. But he also took pictures of ordinary people who came here to pay homage to the fallen, to commemorate the victorious workers, and sometimes to those who came out of ordinary curiosity to look at the artifact of the symbolic fall of communism.
The Bydgoszcz exhibition of Michał Szlaga’s works shows Poland as it was and as it is, thus forcing the viewer to reflect on what kind of country Poland can or should be, and maybe what it should not be. With his works devoted to Poland, Michał Szlaga forces us to reflect on the condition of contemporary Poland. The motifs which the artist touches upon in the presented works, are neither nice nor comfortable for us, which makes this exhibition not easy to receive, although it is extremely wise in its message.
/Roman Nieczyporowski/

Michał Szlaga is one of the most outstanding contemporary Polish photographers. Despite his relatively young age (1978), he boasts an impressive body of work and a long list of awards and distinctions, opening with two first prizes in the “Architecture” and “People” categories, which he received at the International Photography Awards in New York in 2007. Szlaga’s position in the world of art is confirmed by his presence in the best art collections in the world, with the Georges Pompidou Centre in Paris at the forefront. The situation on the art market is such that the artist does not avoid strictly commercial orders, so in his oeuvre you can find pictures of ordinary people, and celebrities known from the front pages of newspapers. Among them are the figures of Polish political and cultural life: Władysław Bartoszewski, Bronisław Geremek, Tadeusz Mazowiecki, Roman Polański, Donald Tusk, Anna Walentynowicz or Lech Wałęsa. In addition, for a few years Michał Szlaga was teaching students of the Gdańsk Academy of Fine Arts, of which he is a graduate himself (diploma in photography in 2004, and in intermedia in 2015). 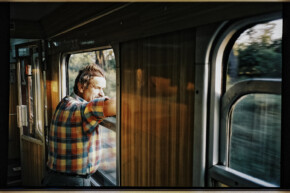 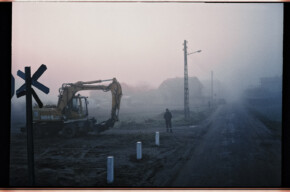 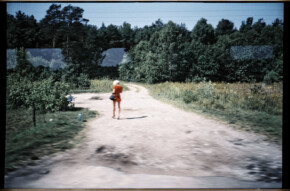 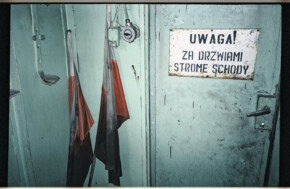 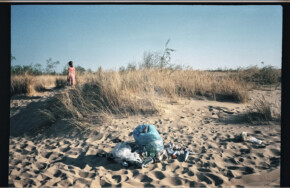 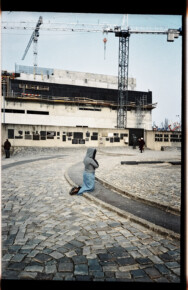 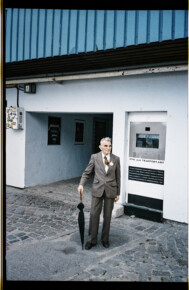 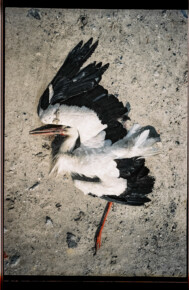