Marta Szymielewicz. The same as yesterday.
Gallery at the BRDA hotel in Bydgoszcz, 94 Dworcowa St., operates under the auspices of the Municipal since 2003. It presents mainly works by young artists just starting their careers.
“The same as yesterday” shows my grandparents as an example of people waking up in a commercialised society, in a post-industrial era and re-discovering the return to nature and real human contact.
The new man is aware of the threats posed by our civilisation, dominated by technologies and virtual life. He turns inwards, to his inner life, to the primal relationship with other human beings. He is aware of the piousness of daily activities, the significance of human contact.
Older people have other ways of dealing with the world. They were born without the Internet or television. They can look at the world without a smartphone. They remember the war, hunger, poverty. The inexplicable pursuit of possessions is alien to them. They are valuable commentators of the world. Their perspective is wider with the knowledge of the previous era.
One could say that seniors are mute. They cannot communicate with us because of their inability to use modern means of communication. Art is a universal language, it can be a bridge. It gives hope of re-establishing intergenerational dialogue.
Consumerism distorts reality, presents an illusory image of man. It avoids the ugliness and the subject of old age. There is a cult of artificial beauty. I negate the cult of beauty, showing things as they are. The society gets older, there probably will be less and less young people, and the older cannot be discriminated against – they should participate actively in the culture.
Contemplation of art in solitude helps break it, because you feel understood. You can feel less lonely watching lonely people in my paintings. (Marta Szymielewicz)
Marta Szymielewicz (born in 1991, Pruszków, Poland); education: 2015/2016 Accademia di Belle Arti, Palermo; 2011-2016 Faculty of Fine Arts at the Nicolaus Copernicus University in Toruń; 2007-2011 Art High School, Bydgoszcz; Individual exhibitions: 2016 Relax, OMEGA Gallery,Toruń, Poland; 2015 Relax, Mózg Gallery, Bydgoszcz, Poland; 2014 Painting of Marta Szymielewicz, Mózg Gallery, Bydgoszcz, Poland; Group exhibitions: 2016 Promotions 2016, Ring Art Gallery, Legnica; 2016 – 6thPleneriada, KOKPiT Gallery, Kazimierz Dolny; 2016 – AFF-Art Fresh Festival 7, Sheraton Hotel, Warsaw; 2015 – 3rd Festival of Art in Nowa Huta – the Market of the Art of the Young, Krakow; 2015 – The Showpiece of the Academy of Fine Arts, Od Nowa Gallery, Toruń; 2015 – Art Needs Dialogue, Dialogue Needs Art, Gallery at the Math Faculty, Toruń; 2015 – Workshop 118, Dom Muz Gallery, Toruń; 2015 – Exhibition at the Scientific Club of Mathematicians, Gallery of the Library of the Kazimierz Wielki University, Bydgoszcz; 2014 – Self-portrait, the Dwór Artusa Cultural Centre, Toruń; 2014 – Periscope – Site Inspection, Kulturhauz, Toruń
opening – 12.01.2017, 5pm
Brda Gallery, 94 Dworcowa St. (Brda Hotel)
curator of the exhibition: Danuta Pałys
exhibition open until 11.05.2017 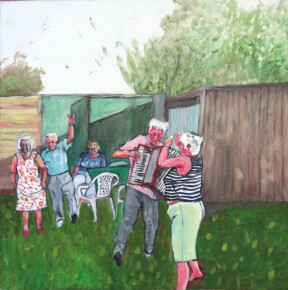 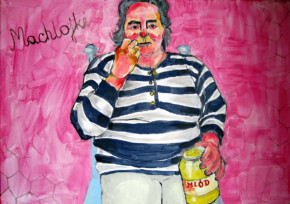