The Marginalia exhibition is an attempt to draw attention to the issue of the everyday as an object of interest in art. This theme has already appeared in the works of artists of the ancient period. It featured prominently in the paintings of the small Dutch masters, then recurred in the works of the 19th-century realists, and soon afterwards – programmatically – was adapted by the Impressionists. The topicality of this theme can also be seen in 20th- and early 21st-century art – some artists (such as Edward Hopper) have even become known as painters of the everyday. The title itself refers to the so-called marginalia – i.e. drawings, notes, placed in the margins of medieval manuscripts, as well as contextually surprising, humorous decorative forms discreetly hidden in architectural objects. For the masters of the time, they were not only a kind of automatic break from the monotony accompanying the routine work of major projects, but also a kind of ‘inventory’ of their privacy.
The Marginalia exhibition brings together works (paintings and sketches) by three contemporary artists (Marcin Kędzierski, Jacek Sztuka, Agnieszka Wielewska) who are seeking their own ways of exploring and contemplating the nature of everyday life. They show that art can play a privileged role in solving the various dilemmas of modern man, caught up in his everyday life, struggling with its repetitiveness and at the same time its inevitable transience. The painterly record thus becomes an effective form of taming the everyday.
curator: Danuta Pałys 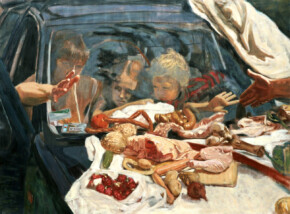 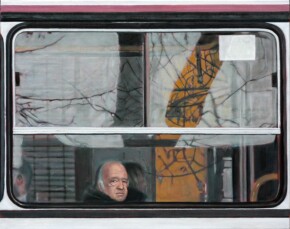 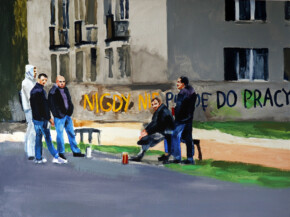 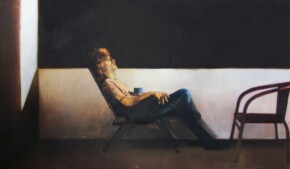