“We live in an era of excess. An era of satiety with information, objects, stimuli. There’s “too much” of everything and apparently everything has already happened before. We live in “post” times – post-modern, after modernism. Times that are liquid, times that are in a rush. We live in a crowd, in masses, in the phenomenon of “fullness”. As Jose Ortega Y Gasset wrote: “Cities are full of people. Houses are full of residents. Hotels are full of guests. Trains are full of travellers. (…) Beaches are full of bathers. The thing that once wasn’t a problem at all, that is finding a place, is now beginning to be the cause of endless troubles.”
Each day, we’re accompanied by the banality of repetitive tasks, the normal everyday life comprised of countless small, urgent issues. Each of us is their own universe, constituted by our intimate commonplace books – full of notes, words, characters.
I am interested in the community in micro-scale, on the basis of zooming in. I focus on specific places and the crowds that make them. From the multitude of wandering people I pick up those whom I want to write down anew with an alphabet of characters. My aim is not to identify specific individuals, to create portraits, but to sense the nature of the place. To focus on the community, digest its meanings and writing them down anew. To bring the forms present in a crowd to simplified characters, shadows, mere outlines of figures blurring into a mass.
The Beach cycle, which is going to be presented at the exhibition in the Municipal Gallery bwa in Bydgoszcz, is an extension and a continuation of the all-over project. It is the next step in thinking about the mass and using the title painting principle. It is yet another attempt at grasping the excess. A diagnosis of the world in the POST times.”
Magdalena Pela

Magdalena Pela (born in 1989 in Gdańsk) Since 2016, student of Inter-faculty Environmental Doctoral Studies at the Academy of Fine Arts in Gdańsk. In 2015, she graduated from the Faculty of Painting at the Academy of Fine Arts in Gdańsk (diploma in the studio of Prof. Jerzy Ostrogórski, appendix in fibre art under Prof. Aleksander Widyński). A graduate of cultural studies at the Faculty of Philology at the University of Gdańsk. In 2016, the National Museum in Gdańsk acquired for its collection her painting from the diploma cycle all-over. She exhibited her works at group and individual exhibitions in Gdańsk, Warsaw, Wrocław, Legnica, Sopot, Gdynia, Łódź, Romania and the USA. 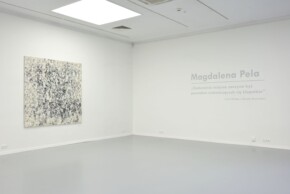 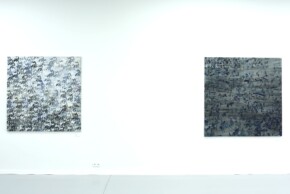 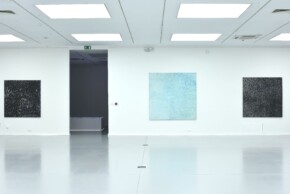 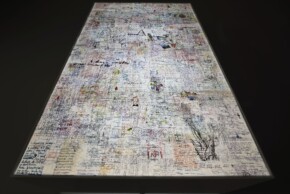 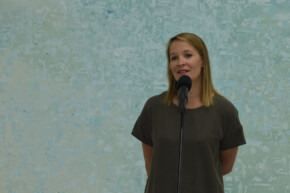 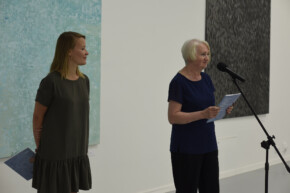 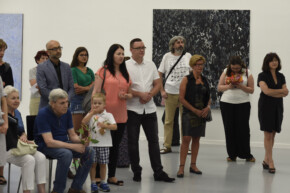 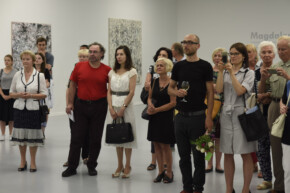 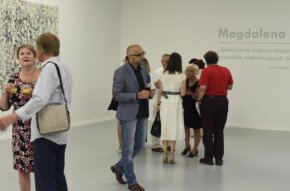 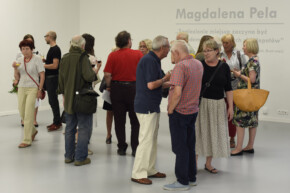 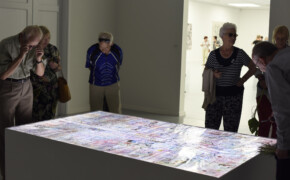 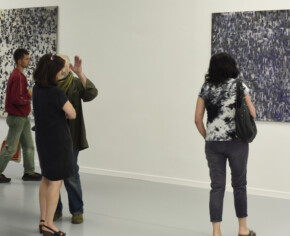 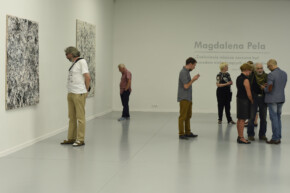 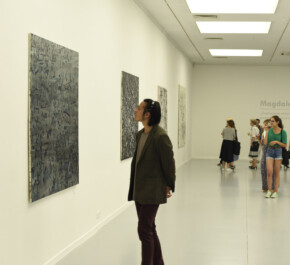 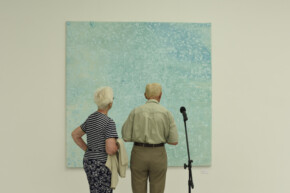