Jerzy Bereś – an artist, who has already become an intrinsic part of the history of modern art, since 1956 – member of the Cracow Group, sculptor and classic of action art.

He was born in 1930 in Nowy Sącz, between 1950-1955 studied at the Academy of Fine Arts in Cracow, graduated in 1956 under supervision of Xawery Dunikowski. Since 1970s, he has carried out several actions-demonstrations, which he called: Altars, Masses, Prophecies, Delusions. His artistic activities evolve on two planes. One of them is what he calls the essence of sculpture, a pure solid in the space, the other – materialising right here, right now – is actions and demonstrations. In actions, the material of art is the body of an artist, free from coquetry and without any sexual references, as natural as other materials that he uses: water, fire, raw wood. His works, although they come from the period of forty years of artist work, do not differ formally from each other that much. The style of Jerzy Bereś is easily recognizable – he uses the simplest materials: raw logs of wood, branches, rags, ropes, stones, linen. In his works one may find associations with folk rites and simple agricultural tools. Most of the sculptures refer to Polish history and Polish problems, but they also contain a general reflection on human being. The artist considers modern times to be extremely dramatic for art, due to an ongoing war between mass-culture and culture. The artist himself notices that an artificial reality is being created, in which, allegedly, only that which is publicised, exist; that which is unpublicised, actually doesn’t exist… The exhibition at BWA Gallery in Bydgoszcz is monographic. The works come from collections of Polish museums and from the artist private collection. The exhibition is supplemented by photographic documentation and a slide show presenting previous actions. It will be open till 21st November 2004.
The exhibition kurator: Wacław Kuczma
Exhibition: 2004.10.12 – 2004.11.21 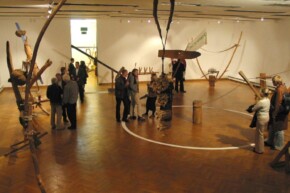 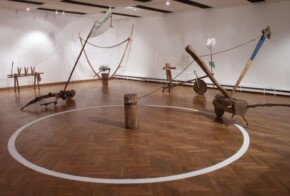 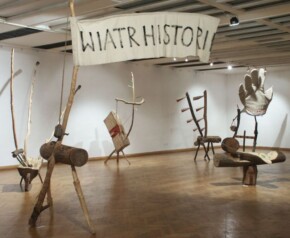 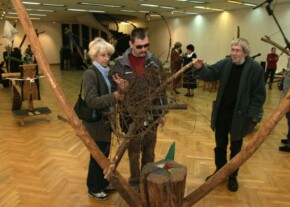 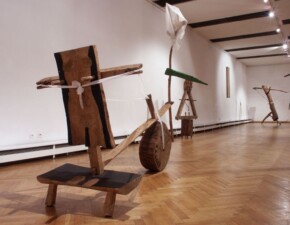 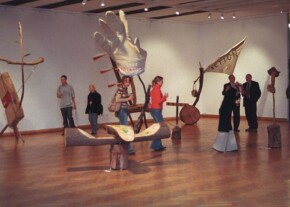 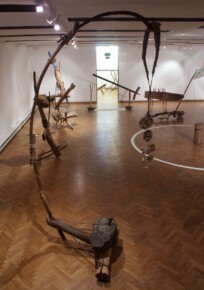 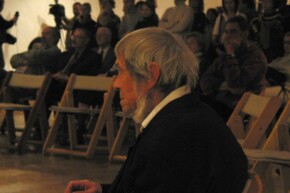