Camerimage is a festival for cinematographers – a festival for the people on the other side of the camera who in this day and age are not only craftsmen, but also professionals. They have to keep track of the latest technology while remaining attuned to the visual qualities of image. Inspired by the workshop-format character of the festival, Janusz Kaniewski’s exhibition is dominated by works in progress. They are not arranged chronologically or according to customers, but rather they show a selection of illustrative techniques used for seeking out and presenting an idea for a given subject: 3D, Photoshop, models, felt-tip pens, Karisma pencils, etc. The designer wishes to show that just as the first shot in a film can be excellent, so in design one picture is sometimes enough to develop the whole concept of a project. Sometimes, however, hundreds of sketches are made and not a single one gets selected.

It is said that full nudity is not sexy, but rather the things that remain unseen. The exhibition Design: Illustration lets us peek, as far as is possible into a drawer filled with sketches of such famous items as the Żywiec glass, Fiat logo or the Orlen gas station. It is the first Polish exhibition of “work in progress” objects, vehicles and architecture.
Janusz Kaniewski

The designer Janusz Kaniewski, born in 1974, is the founder of the Warsaw-based design studio Janusz Kaniewski Design and a graduate of Transportation Design at the Instituto Europeo di Design in Turin. He has been a long-term designer for Pininfarina and Ferrari, and professor at the Istituto Europeo di Design of Turin and the Royal College of Art in London. He has designed cars such as the Ferrari California and Lancia Delta, ski boots and shoes for fashion shows, logos and interior design for Fiat dealerships, the Best Gas Station of 2012 (an Orlen station in Gdańsk), the exhibition truck for the Koło company, railway seats, specialized vehicles, and even a Żywiec beer glass. He is also the founder of a social campaign for the United Nations against the use of child labour. He supports Polish technology companies with his design, is involved in the ‘Made in Poland’ promotional scheme, and is a supporter of Slow Life&Work. He is the first and only non-architect in the Association of Polish Architects, adviser to the President of Gdynia on the aesthetics of the city, curator and co-organiser of the 2012 Gdynia Design Days festival, as well as being ranked among the most creative (Brief) and most innovative (Forbes) people in Poland. On 18th October, the Bosz publishing house released Design by Janusz Kaniewski; in 2014, a large retrospective exhibition is planned in celebration of 25 years of his creative work.
The exhibition opening will be accompanied by a premiere of a richly illustrated book containing detailed descriptions of some of Kaniewski’s most exciting projects, but also interviews, articles and interesting tidbits. He also discloses his professional know-how and the sources of his inspiration. A must-have for all fans of industrial design. The book was published by BOSZ Publishing House.

Part of the book Design. Lectures and interviews on designing the future by Janusz Kaniewski, BOSZ 2013:
Due to present obligations, I cannot show any illustrations that accompany the implementation of the large-batch product.
The obvious truth may come as a surprise – the object you design is your only goal, its illustration is just… well, just an illustration, i.e. a means to an end. Italian schools of architecture have virtually no departments devoted to drawings, and many car designers cannot draw at all! Giorgetto Giugiaro was an exception: he raised the standards, as he was not only a stylist but also a painter. Numerous famed projects were created solely on a drawing board, in a model-making shop or, like the first sketch of the VW Transporter, on a napkin. In my case, the canonic render of the Alfa Romeo MiTo’s headlights was drafted on a business card, the logo of Ceramika Paradyż was created on the margin of a calendar, and the Citroën C4 Picasso’s headlights on the background of a portrait of a girl I was in love with, drafted on the flat surface of a piano during a blackout and sent to the client from an Internet cafe in a small town near Warsaw. 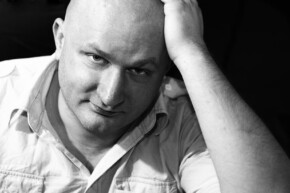 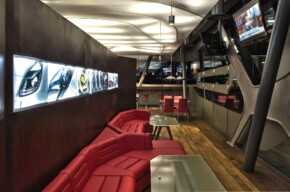 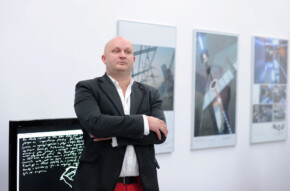 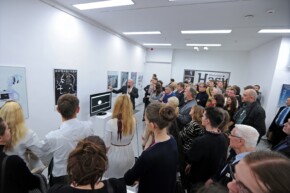