Grzegorz Pleszyński graduated from the Faculty of Fine Arts at the Mikołaj Kopernik University in Toruń.
He works as an artist and teacher, dealing with visual arts and music.
Author of social actions, used to work with prisoners, children, disabled people.
Since 1998, Grzegorz Pleszyński is the director of the International Artists’ Museum/Bydgoszcz Branch of the International Artists’ Museum.
;Born in 1955, on a personal level Grzegorz Pleszynski displays a plain modesty. When talking about his own art, however, he erupts with ideas that are anything but modest: thoughts about our place in the universe, epistemology, questioning the very existence of knowledge or physical experience. The a-ha incident explaining much of Pleszynski apparent self-contradictions is the lasting effect of an extended sojourn in 2002 with aboriginal peoples in the vast desert regions of Australia.[…]In his painting and music, Grzegorz Pleszynski reminds us of the instructive potential of art. He suggests a new openness to experience, which might serve as an example to question and realign our relationships to others and our environment. We have come full circle. We see that a healthy dose of (postmodern) anti-humanism may be empowering rather than dehumanizing. Instead of conceiving of humanity as the master of nature, or as a mere cog in the dispassionate clockwork of the universe, we might become potent agents participating in a universal force more powerful than ourselves. In art, Pleszynski strives to guide us to the last line of the 2002 poem he wrote after his sojourn in Australia: Christopher Columbus Has the Floor. The artist, like Columbus, endeavors to reach the point where:
everything becomes one
and it is a new beginning
Russell Radzinski

„points… signs… images…” this exhibition is a process… the process of creating signs and images…
points are universal… those deepest points are certainty… they can be seen and belong to all… these are the points on which we base our perception of the world… on them, we construct the structures of seeing… discovering new points, we extend the structure… it becomes more certain… but there’s always an infinite number of undiscovered points… because of that, the structure will never be complete… and we fill the missing points with our own convictions… by combining points, we create signs… the same points of certainty can be freely combined… from the same points of certainty, different signs can be created… …a sign is the link between a universe and a culture… sings come out from the domain of objective universe… entering the domain of subjective cultures… signs become a property of a community… the same signs may belong to many separate communities… they may mean the same thing or something completely different… the more complicated the signs, the less universal they are… the more distinct they become… a different combination of certainty points made by the Aborigines, Europeans or Chinese is this meaningful moment which splits the process of creating cultures already at their sources… from a combination of signs, images are created… the process of creating an image in our minds is dependent on the culture to which we belong… an image is oppressive… it imposes and enforces a certain kind of perception…
…points signs images… the exhibition is made of three parts…
part 1… is the points I select on a plane… I press a can of spray and release the energy that discharges the energy of paint… gravitation pushes the paint along the same channels through which rain flows down a window pane… along the same channels through which sand creates dunes…
a series of objects, marked, for example: x…..1 x…..5
part 2… is the signs that appear in our brains as a result of combining the points created in the process of paint flowing down… this stage is a meeting point between universality and subjectivity…
a series of objects, marked, for example: *…..3 *……10
part 3… is the images that our brains impose over the objects we see… seeing is dependent on the knowledge we possess… on our experiences… on the extent we trust ourselves and other people… on the atmospheric pressure at the moment of watching… on whether the father was an alcoholic… on whether one was sexually abused as a child… whether one witnessed violence… whether one is religious… whether one lives in a city or in the countryside… whether one likes mountains or sea… whether one hates flies and mosquitoes… whether one is a fan of football… whether one is rich or poor… whether one hates homosexuals… whether one likes unexplored and undiscovered secrets of the world… whether one is an artist or a curator… or a cleaning lady or a director… a grown-up or a child… whether one believes in free will… whether one thinks the world is an insensitive mechanism… whether one walk a lot in the woods… whether a square is an absolute limitation… whether a square is a free absolute… whether a collision of one thought with another thought causes an eruption… whether I like the smell of roses in the garden after the rain… … … …
all series marked, for example: x…..4 *……3 , and especially ^…..9 #…..2
all objects are marked as follows:
x….. – antydepresant *….. – abstract
^….. – Happy Animals
#….. – burqas 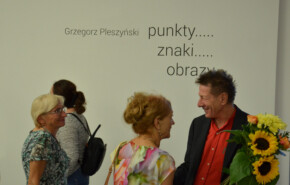 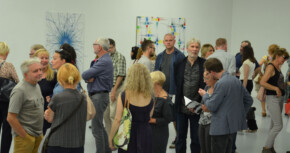 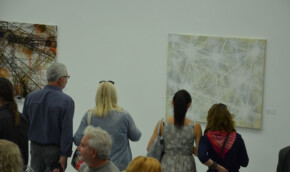 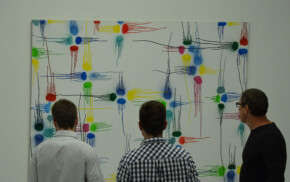 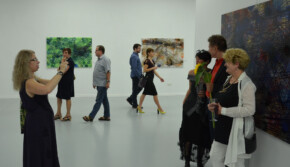 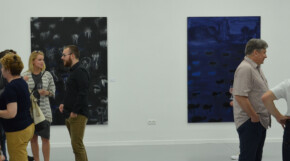 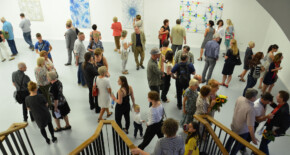 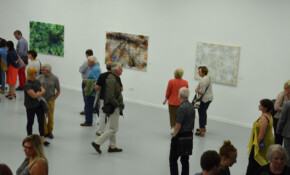 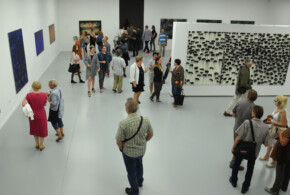