Grzegorz Bibro’s exhibition begins with a simple question: Here or there? As soon as you verbalise these words, the game begins. As soon as you put your voice into Grzegorz Bibro’s exhibition, a flow of energy begins, almost like the flow of electricity in neon tubes when an electron strikes a gas atom and visible light is produced. You can go for a short walk while reading the waving neon words.
Bibro – using subtlety and finesse, as well as the experience of a poet travelling, often by the sweat of his brow, through unknown terrain – creates a universal narrative about the city, inspired by Bydgoszcz and its close relationship with nature. From conversations, encounters and stories he creates a poetic miniature, if not a literary meander, writing it all over the gallery space. He displays a variety of truths for us that we may not always readily admit. These truths, collected in one place, layered, ordered though undulating, and arranged like the horizon line, compose themselves in the rhythm of ebbs and flows
To say of oneself: temporary is an expression of self-awareness and at the same time of an acceptance that everything, even the self, is changeable and this is a value in itself.
This literary-visual miniature is accompanied by an attempt to abandon the interactive model of the communicative situation. It’s something like the reverberations of a conversation, minimalist compounds of words fished out of a river of sentences. I like to imagine that it is a score that we can read aloud together, even after the gallery has closed, with the neon lights on.
The blue wall accompanying the light installation is a place to add, a place to write with chalk your own words about the city. This is the place to complete the artist’s miniature, which is an artistic reaction to experiencing some part of reality as it were. It is a consent to chaos, to the unpredictable, to a new fairy tale about Bydgoszcz, to the accidence of life.
Author Danuta Milewska

Grzegorz Bibro graduated from the University of Arts in Poznań at the Faculty of Multimedia Communication (majoring in Photography) in 2015. He works on his own body, treating it as a tool and the main subject of his works. His second area of interest is faith and the relationship between religion and the body. He uses new media in his artistic work – he creates photographs, objects and video works, which often bear the hallmarks of performance.
His most recognisable project concerns his relationship with his father and was realised through body-based performances. The project, in development since 2012, was presented at a solo exhibition at Klubovna Gallery in Brno (CZ) in 2017. Seven years of collaborative work have been summarised in a self-published art book, Me and the Father, which premièred at Ostrov Books during Poznań Art Week 2018. The artist is also known for his neon objects and site-specific light installations that address issues of the body. 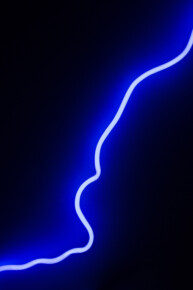 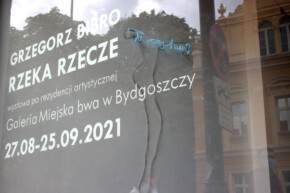 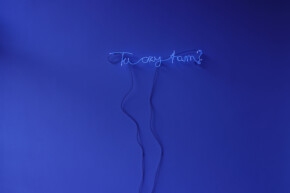 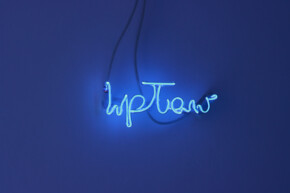 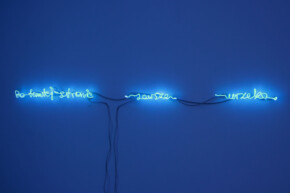 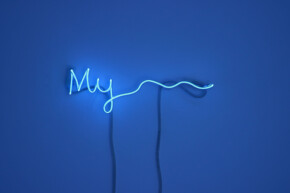 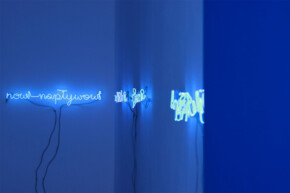 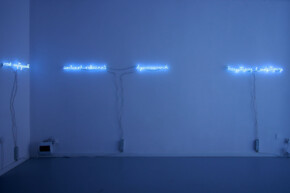 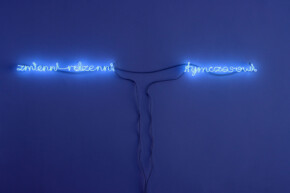 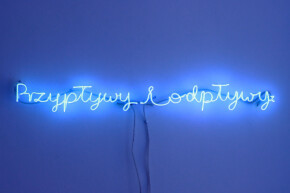 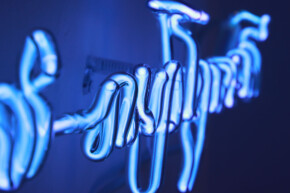