Myriam Bleau “Soft Revolvers by” (CA)
Soft Revolvers is an audiovisual performance for 4 spinning tops built with clear acrylic by the artist. Each top is associated with an ‘instrument’ in an electronic music composition and the motion data collected by sensors – placed inside the tops – informs musical algorithms. With their large circular spinning bodies and their role as music playing devices, the interfaces strongly evoke turntables and DJ culture, hip hop and dance music. LEDs placed inside the tops illuminate the body of the objects in a precise counterpoint to the music, creating stunning spinning halos.
Montreal native Myriam Bleau is a composer, digital artist and performer. Exploring the limits between musical performance and digital arts, she creates audiovisual systems that go beyond the screen, such as sound installations and performance-specific musical interfaces.
www.myriambleau.com

BNNT (PL)
BNNT are not a regular musical ensemble – formed by Konrad Smoleński and Daniel Szwed, they are an art team, focusing their activities somewhere around music, visual arts, theater and publishing. Such suspension among various forms of expression often results with the audience, accustomed to quickly consuming recognizable messages, having problems with its acceptance. Nevertheless, such are the ensemble’s chief strategies.
www.facebook.com/BNNNT

Free entrance to both events.
Full programm of Festival on website: www.wetmusic.pl/fonomo 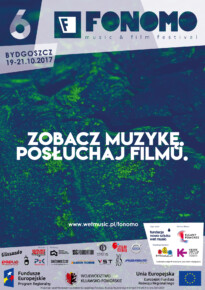 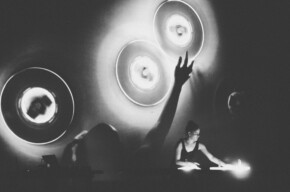 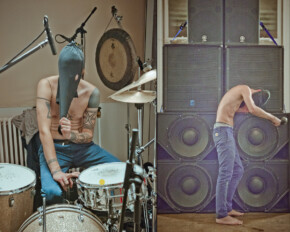 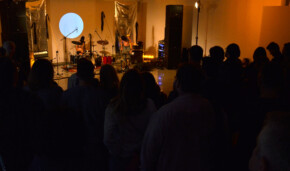 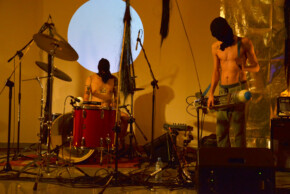 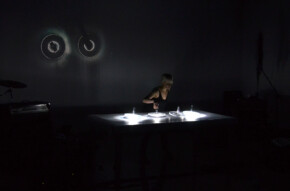 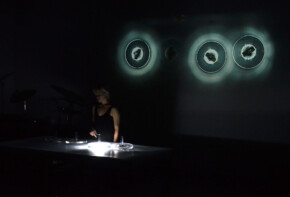