What is a toy? At the Elwira Sztetner’s exhibition it becomes a catalyst for meaning strongly interacting with an intention. A selected collection of toys set in the right context acquires its proper identity. Plush, down and sequins are the setting for an oppressive and violent relationship. This is the beginning of the journey, teaching of indifference and the subjective treatment of animals. How many happy stories involving animals can you name? We invite you to take part in “Exercises in empathy.” You won’t see violent images there, beyond what we participate in every day. It’s a pretty familiar world and tame domination.

We also invite you to a lecture accompanying the exhibition: Dariusz Gzyra. A collection of circumstantial evidence of species chauvinism (27.08.2022, 4.30 pm)

Eat the potatoes, leave the meat
Curatorial journeys mean kilometres travelled on expressways, stops at car parks, petrol stations. That is where I come across them. Crammed, peeking through the bars. I have never felt such pain and helplessness as when I first dared to approach a death transport. To look into the eyes of a Pig being led to the slaughter that will end the Gehenna of her life. Pig mums sing to their children. What can they sing about in industrial farms? In birthing cages?
As I write this text, I am accompanied by a flurry of thoughts. Anger and disappointment with my own species, resentment at myself that there is still not enough effective activism in me. Sadness and guilt in the face of endless animal suffering. The charge that can be levelled against me is that of describing private dilemmas, of subjectivity. But it is from the most important and intimate reflections that the need to explore pro-animal attitudes in art originates. When I first spoke to Elwira Sztetner, I knew we were dreaming the same thing, that what the vegan philosophy encapsulates is reflected in her work.
Anti-anthropocentric attitudes are increasingly being declared in the visual arts. They are also sometimes a form of convention and media hashtag, revolving around generalising concepts such as: planet, nature, climate. These are important threads, but still impersonal and not necessarily determining real action. The turning point seems to be the perception of an animal, individual subject. An animal is a concrete being worth looking into. Elwira Sztetner takes up this challenge – she consistently examines the methods and causes of oppression against animals. I admire Elvira for her ability to create a clear and simple message while being extremely emotionally involved. Elwira Sztetner, asked: “Are you a vegan?”, responds with strength, spontaneity and conviction: “But of course!”
The collection of seemingly innocuous toys she created tells the story of how violence against animals is normalised. What is a toy? In Elwira Sztetner’s exhibition, it becomes a prop, a material, sometimes even soft and plush carrier of hard, oppressive meanings. Only when set in its proper context does it acquire its proper identity.
The colourful, toy-like setting is a contrast to what life is like for most animals. The collection of objects selected by Elwira Sztetner shows a combination of infantilisation and brutal indifference. You can play with a faithful replica of a car used to transport animals to slaughter. You can hang plush trophies in a child’s room. The child can put together a puzzle with a motif of animals doing circus tricks.
Plush, fluff and sequins are the setting for a violent relationship. This is the beginning of the road, teaching of disregarding animals and treating them like objects. How many happy stories involving animals can you name? In the exhibition “Exercises in Empathy,” there are no violent images beyond what we participate in every day. It’s a pretty familiar world and tame domination.
Animals populate the children’s world of imagination, of fairy tales. They are anthropomorphised, they embody human trappings, they are infantilised. This also happens in the layer of language, and language shapes reality, builds our way of relating to the world. Diminutives, metaphors are used towards animals. In everyday communication, animal invectives are used. The images offered to children are of animals crammed into the human world. Moving beyond the animated world is a further move towards the use of animals. Children are taken on trips to agri-tourism farms, where they can stroke and play with small, live animals to their heart’s content. It’s quite a treat to see a pig, bunny or goat. And obviously it has to be small and charming, just like in a fairy tale. The animal is a toy that, after a season of exploitation, will go off to a slaughterhouse, a shelter, be chained or put in a cage.
Learning about non-human animals is a fascinating activity. It offers an interspecies hope for deeper embedding in the world. For the real flow of life. For this, one needs to get rid of anthropocentric paradigms. To bring oneself up anew to a conscious relational approach. Feeling the connections, treating them with respect, gives a sense of security and perhaps even existential meaning. My dream is that this exchange, which is life as such, takes place in a non-hierarchical way. Can we choose the goal of creating an interspecies community? Every step is important, let’s be present and, as the Buddhist philosophy says, let’s do our own thing – let’s do an exercise in daily empathy. Intellectual figures, scientific theories – they can serve cognition, but they can also separate, deepen the gap between the name and the named. The salvation is in feeling and experiencing – taking responsibility for our own being in the world, contesting cultural patterns and contesting ourselves. Exercises in empathy can be carried out every day, starting with consumer areas. Speak the truth when a child asks about the contents of the plate. How about asking questions ourselves? By reviewing our own decisions with a view to those whose fate rests in our hands, we break with unilateral, selfish usurpation in favour of genuine exchange.
Karolina Pikosz 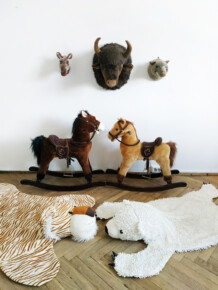 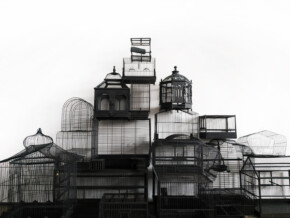 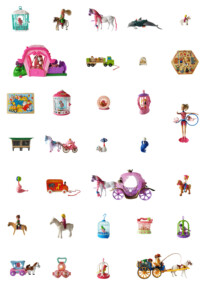 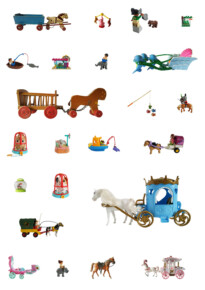 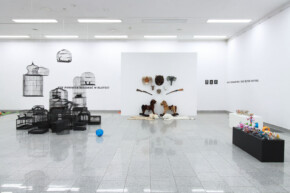 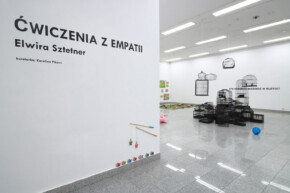 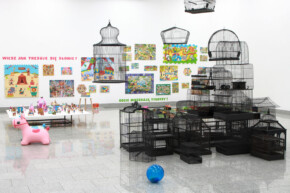 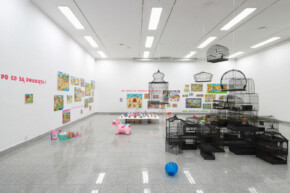 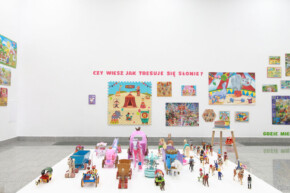 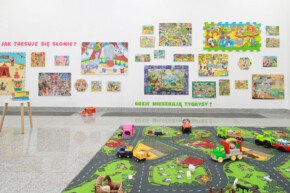 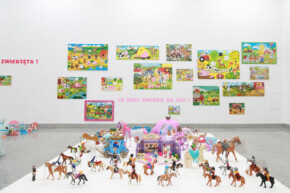 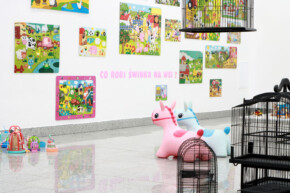 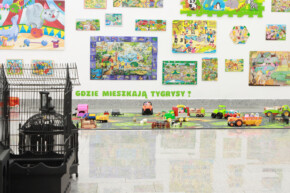 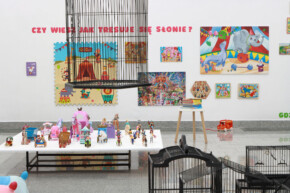 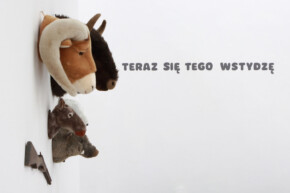 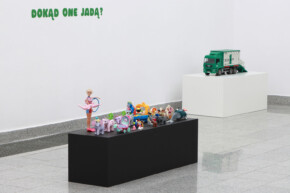 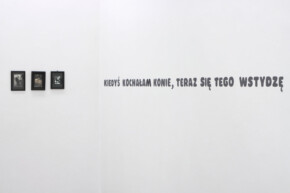