Photography as a medium has undergone numerous changes which refer not only to the way it is produced, or social roles it performs but also to its place in the contemporary artistic practice. The „relocation” we witness must inevitably find its reflection in the educational process, and consequently in students” works.

The exhibition Disconnected images/ Rozłączone obrazy is then an attempt at a critical view of the present status of photographic image, a scale of its redefinition as well as the strategies implemented by young artists whose artistic identity and development co- incide with the time of changes and transformations of photography. The situation we face today has no precedent in the hitherto history of the medium on the one hand, technological advances make it possible to penetrate the most intimate aspects of life (this is how we can understand the role of the cameras built in our mobile phones they make the act of photographing so trivial); and on the other hand, the prestige of photography as a field of art still grows. Before that, however, photography had to come a long way from being perceived as a respected and reliable medium giving a faithful account of reality to a means of expression helping to construct highly subjective images. A new way of creating pictures, owing to digital photography, has influenced our perception of this medium significantly, which cannot be called a temporary disturbance but a permanent change in its reception followed by the adoption of new habits while dealing with photographic images. We have gained brand new tools to achieve unprecedented control of those images but, paradoxically, they have dominated us. This test of strength in regaining control of the picture is noticeable in the works by photographers of the young generation. Artists chosen by us – curators – are aware of the game they have to enter, and what seems interesting, while abandoning a documentary function of photography, they continue telling their stories about the world. They tend to look at it without any sentimentalism in a businesslike manner. Feeding the audience with a certain amount of serial high quality packaged images of consumer goods, or people is part and parcel of any photographer”s commercial work. Precision in using the tools to create illusion guarantees professional development and a successful career. Przemysław Dzienis challenges this convention. Turning the vector away, so to speak instead of another portion of perfection stimulating consumers” demands, computer deformation becomes in his hands the way of subtle analysis of the contemporary human condition and creates, in its intended meaning, a rather disturbing image of apathy and repulsion.
Similarly,
Maciej Nowaczyk using an emotionless and sparing language as a visual equivalent of the neat, orderly world of a corporation employee, tries to draw our attention to a number of standardized objects in the corporate environment, thus making a series of contemporary Vanitas deprived, however, of their original fear.

Though seemingly impersonal, works by Rafał Jóźwicki add a completely different dimension to the problem they show the remains of modern life: worn-out phones, rolls of toilet paper, the waste coming from the world of non-stop transactions; without the feeling of presence, melancholy, or the pain of loss; just another pile of rubbish to be recycled.
A meaningful complement to the vision of the lack of diversity, and overwhelming standardisation presented above, is a series of photographs by Bartłomiej Talaga created at the international fair „Messe Frankfurt”, the place ideal for intensification of business contacts. They depict scenes evoking works of Edward Hopper (to whom, actually, the photographer himself refers to while indicating his artistic kinship), and as in his spiritual ancestor”s pictures alike, we get a collection of characters deep in thought, without any contact with onlookers. Talaga”s images conjure a subtle picture of alienation, and a feeling of being mentally lost.

When we talk about spirituality, another series is worth mentioning „The Last Supper” created by Michał Przeździk. In his arranged photographs, which lack any social, or political commentary, he seems to bring to light ambiguity of the growing rich society”s attitude towards traditional religiousness, which shows „collectively” its passionate attachment (what Przemek Pokrycki”s project „Transition Rituals” presented in the exhibition may as well con- firm since this series shows families during the most important Catholic celebrations: christenings, first communions, weddings, and funerals), whereas a steady erosion of spiritual life pushes it into the background and replaces with a burning need for exces- sive consumption.
&nbsp&nbsp Growing standardisation, which imposes certain patterns of behaviour, must leave its mark on social attitudes towards nature as well. This theme is developed in works by Łukasz Prus-Niewiadomski, Małgorzata Grygierczyk, Irena Kalicka and Łukasz Brześkiewicz, attracting our attention to mutual influence of nature and culture. They pose questions about the price we are to pay for the loss of the homo- genous image of the universe which we can trust. Nature stopped being a measure of an objective order, and has become part of the matter, a source of raw materials which are to be used. The time when we worshipped animals and inspired human imagination with symbols indicating the closeness between human beings and ani- mals has been replaced by the attitude full of arrogance which allows making hunting trophies enliventhe interior of our living rooms. Along with this increasing control over the animate matter we suffer from the loss of balance. Except for its clear thera- peutic function compensating for brutality of the society, contact with nature extends a state of melancholic meditation on the damage done to it. This ambivalent attitu- de oscillating between nostalgia and a sense of guilt seems to be rendered in the “Reviving the Still Life” series; however, it should be noted here that this is only one of the plausible interpretations of these ambiguous works.

&nbsp&nbsp And yet, works by Małgorzata Grykielczyk they draw our attention to the objectifying power of vision. In the act of looking, with an eye armed with a camera, there is a human longing to tame nature and make it submissive. &nbsp&nbsp The exhibition Disconnected images/ Rozłączone obrazy consists of works by twenty artists, and it seems impossible to mention them all here. All comments above are just an attempt to reconstruct our inspirations for the choices we made while preparing the exhibition. It must be emphasised, however, that this is only one of the possible interpretative keys. All others are to be discovered by the audience, to their pleasure and satisfaction. Ewa Ciechanowska & Dawid Furkot
Artists:
Przemysław Dzienis, Łukasz Prus Niewiadomski, Irena Kalicka, Tomasz Pastyrczyk, Jola Skóra, Dominik Tarabański, Ola Buczkowska, Maciej Nowaczyk, Bartłomiej Talaga, Rafał Jóźwicki, Anna Pabiś, Magdalena Ban, Kamila Szopa, Małgorzata Grygierczyk, Łukasz Brześkiewicz, Anna Orłowska, Jakub Karwowski, Michał Przeździk, Filip Gabriel Pudło, Anna Orzeszko, Przemysław Pokrycki. 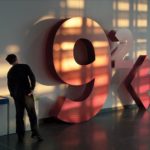