“Bovska-rysuje” (Bovska-draws) is the title of another exhibition, this time presented at the Municipal Gallery bwa in Bydgoszcz, which will feature the artist’s works (illustrations, set design elements, drawings and paintings). They correspond with four discs, titled: Kaktus (Cactus), Pysk (Muzzle), Kęsy (Bites) and Sorrento. For the first time, the exhibition will be enriched by a new series of painting works, characterised by a minimalist form, constructed from typographic notation, the essence of which will be words fixed with paint on canvas. Works with the word ‘Dzika’ (Wild) will be shown, varying in format and colour. In some images the word will be multiplied, others will have words such as: “Iskry” (Sparks), “Albo ziemia mi się pali” (Or the grounds burns for me), “Wielka cisza” (Great Silence) or “Bałtyk” (The Baltic). Those who follow the artist’s musical achievements will immediately notice that these are not coincidental and will find parallels to Bovska’s song titles from the album which will premiere in March 2023. The artist herself said that in addition to expressing emotions and feelings through music, she felt a great need to express them through words in a visual layer.
An interesting and original idea complementing the presentation will be a kind of ‘sketchbook’ transferred onto the wall, consisting of drawings and collages from the author’s archive, created mainly during the pandemic period, as well as new ones created in a moment of respite on the Baltic Sea.
Bovska’s art touches on intimacy; the artist conveys very personal, important content in her works and expresses the emotions involved. Openness to new experiences, the ability to think outside the box, enthusiasm and a sense of humour are all integral parts of Bovska’s life, resulting in interesting creative ideas. In her view, development is only possible if one accepts the fears that accompany creation, especially when doing something for the first time, when stepping outside one’s comfort zone. Creativity is about inventing, experimenting, having fun, but also making mistakes. Her creative work is guided by her intuition, which is actually the basis of her artistic activity. She does not recognise half-measures, commits herself one hundred per cent to every project, respects the people she works with and cares about relationships.
One of the main features that distinguish the artist’s projects is the visually rich graphic design, created with great charm and panache, which is a signature of sorts. The common denominator of her works is the inspiration of organic shapes observed in nature and the simple forms from which the figures and objects are constructed. There are no unnecessary lines, blotches or details. The simplified construction of the characters encourages ambiguous, open-ended interpretations, making their character universal. By means of a simple form, the illustrator conveys a maximum of content, and this lack of explicitness and a certain non-obviousness and understatement stimulate the senses and imagination. Some realisations move towards abstraction. The designs are dynamic, created with lightness and positive energy, and with remarkable insight.
The illustrations depicting floral motifs, in pastel colour tones, are highly decorative, with fine detail. The lines used are vivid, fine, varied. Every gesture is carefully considered. The petals, leaves, stems appear light, airy, delicate, even ephemeral.
With an incredible imagination and creativity, combined with a mastery of design, Bovska transforms the world through visual means and creates her own subjective, unique reality. The works she creates have a unique character, are a source of aesthetic sensation and can also provoke the viewer to deeper reflection.
Adriana Usarek

Magda Grabowska-Wacławek, singer, composer, songwriter, graphic designer, illustrator, performer.
She studied at the Fryderyk Chopin University of Music in Warsaw and at the Faculty of Graphic Arts of the Academy of Fine Arts in Warsaw. Scholarship in Burg Giebichenstein Hochschule für Kunst und Design Halle.
Hailed as one of the most important débuts of 2016. The number of YouTube views exceeds a total of 46 million and continues to grow.
She has released four studio albums: Kaktus, Pysk, Kęsy, Sorrento. The fifth album will be released in March 2023. The singles heralding the release are Dzika, Iskry, and also Wielka Cisza awarded for the music video (award at the PL Music Video Awards in the international category “Important Message”).
Bovska has performed at some of the country’s most important festivals: Open’er Festival, Orange Warsaw Festival, Slot Art, Fest Festival, Kraków Live, Sopot Top of the Top or National Festival of Polish Song in Opole. She was also a European star at the Shimokitazawa Sound Cruising festival in Tokyo in 2017. In 2021, Bovska held a solo exhibition as part of the Łódź Design Festival, and in 2022 a solo exhibition at Galeria Elektor in Warsaw. She was awarded, among others: 2012 – art Noble with an exhibition at Studio Gallery; 2021 – special award for editing for the Sorrento album in the 30/30 competition for the best album cover. More on the artist’ social media: @bovska and @bovskarysuje. 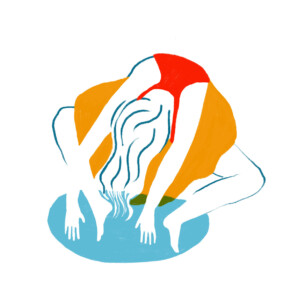 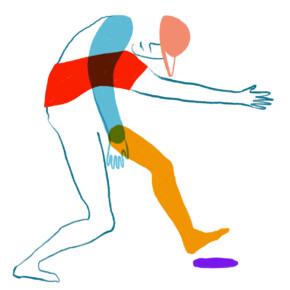 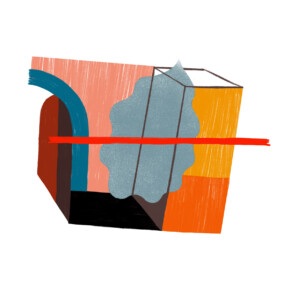 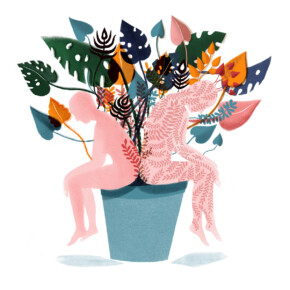 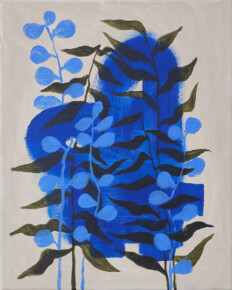 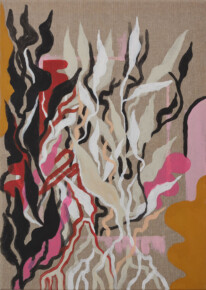 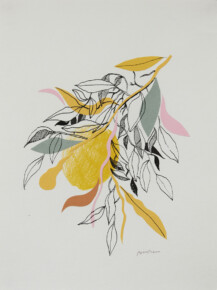 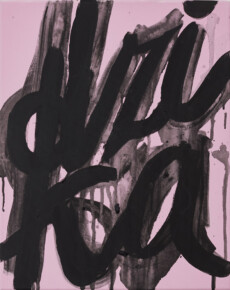 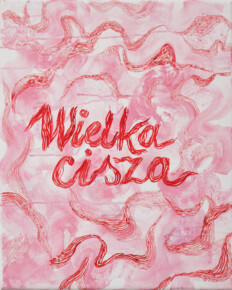 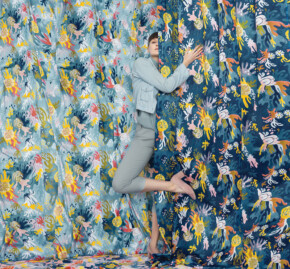 Bartosz Mucha. Ennoblement of Degradation or 20 Years of Poor Design