Alojzy Lemański was born in 1924. He studied art at the Fine Arts Department of the Mikołaj Kopernik University in Toruń. He received his sculpture diploma in 1957.
In 1982 he got doctor degree in fine arts at the University of Gdańsk. In 1972 Lemański had taken the post of the headmaster of the Secondary School of Fine Arts, where he worked until 1988. He presented his works at twelve group exhibitions. The BWA exposition presents several works of the artist. The sculptures were made after 1990, they are made of reinforced, patinised cement. 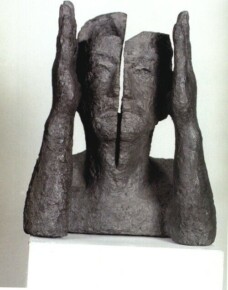