Brda Gallery, Bydgoszcz 94 Dworcowa St. (Brda Hotel), operates under the patronage of the Municipal gallery bwa in Bydgoszcz since 2003. It presents mainly works by young artists just starting their careers.
Alicja Wieczorek. Memoir
curator – Danuta Pałys
During the opening ceremony a concert performed by Krzysztof Bartosik (guitar – Academy of Music in Bydgoszcz) took place.
The works from the “Memoir” series are a very personal, painterly draft. They present excerpts of memories taken from both reality and dream, often referring to the biological nature of the natural and human world. The forms in the paintings result from the free flow of associations, the recording of which is an impulse to technological experiments for the artist.
The first image of the series was painted in 2013. Until now, there have been over a dozen large-format projects, each of which is the result of a creative combination of various painting media – among others, acrylic paints, sprays, inks, acrylic inks and ecolines.
The multi-part structure of images has a significant influence on their interpretation.
(Alicja Wieczorek)
Alicja Wieczorek – a doctoral student at the Faculty of Fine Arts of the Nicolaus Copernicus University in Toruń, a graduate of Painting at the same Faculty. In 2012, she received her diploma with honours for the series “Image Playing”. She is a member of the Association of Polish Visual Artists in the Toruń district. Co-founder of the Pinata Group. She creates a broad drawing cycle entitled “Memoir”, which already has more than 900 projects, she also deals with illustration, design and animation.
Opening 11.05.2017, 5pm
Brda Gallery, Bydgoszcz, 94 Dworcowa St. (Brda Hotel)
curator – Danuta Pałys
End 25.09.2017 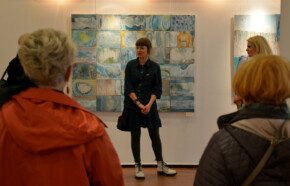 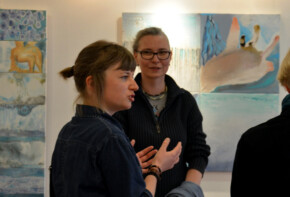 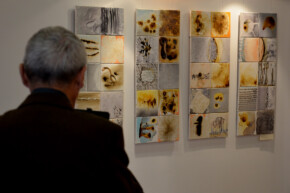 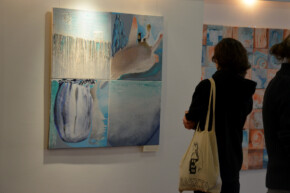 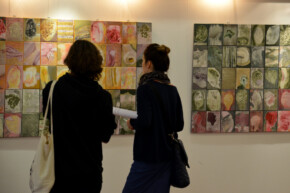 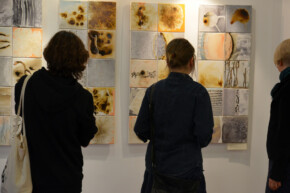 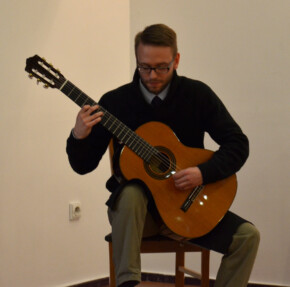 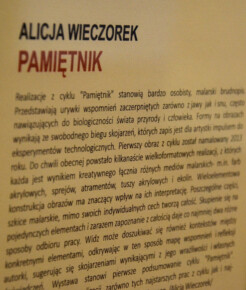