In the 1950s, young people entered the established social structures of society. The new social group listens to their own music, has its own patterns of behaviour and style in fashion. Young girls and boys don’t want to look like children or adults. Their role models are the rising stars of the silver screen – Audrey Hepburn, Marlon Brando, James Dean. The striking power of the youth style is so great that in the next decade it would be the young people who would decide what is “en vogue”. The “breeze of youth” is felt behind the Iron Curtain, as well. On the one hand, youth is becoming one of the pillars of the new socialist state. On the other, the young people of the People’s Republic of Poland do not want to be subjugated to the authorities. They pick up foreign news, want to look and behave like young people in the West. It’s not easy – getting fashionable clothes is a miracle, but at the same time it triggers the extraordinary creativity of Polish fashion and style lovers.
During the lecture we will look at foreign icons of youth style and see the ways in which fashion novelties reached Poland. We will tell the local “pin-up girls” and “bikiniarze” (Polish equivalent of beatniks), and discover how they supplied their wardrobes in difficult fashion times.

Zuzanna Żubka-Chmielewska – art historian, fashion historian and cultural anthropologist. Doctoral student at the Institute of History of the Polish Academy of Sciences, where she deals with the history of clothing. She loves to track old clothing habits and explore the social and symbolic meaning of attire. Apart from real fashion, she enthusiastically analyses film costumes. Sometimes she browses through the archives, but likes to be in touch with people the most. Every year she takes care of a multitude of Warsaw students, giving lectures at the Viamoda University, Warsaw School of Advertising and the International School of Costume and Fashion Design. She often shares her knowledge on radio and television, and co-organizes fashion exhibitions.
admission free 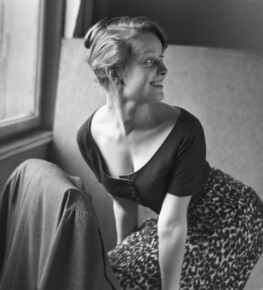 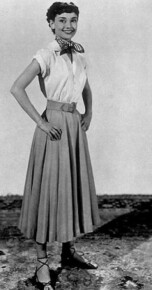 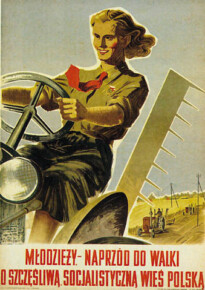