The lecture will focus on the possible use of paper products as a building material in architecture and design. A brief history of the development of paper architecture will be presented, and projects realised both in Poland and worldwide, in which this environmentally-friendly material was used, will be shown.
Jerzy Łątka is an architect and researcher connected with the Faculty of Architecture at Wrocław University of Technology. His work explores the possibilities of using paper to realise innovative constructions as well as temporary, assisted, residential and social architecture. He gained his professional and scientific experience in Poland, Great Britain, Israel, Japan, the Netherlands and Germany. In 2013, together with Shigeru Ban Architects and Voluntary Architects Network, he was involved in the design and implementation of the Paper Nursery School in China. In 2016, he won first place in the Futu Wro City of the Future / Laboratorium Wrocław competition as part of the European Capital of Culture for his project Domek z Kart/House of Cards, which was an experimental living unit made of paper components. In 2017, he defended his doctorate at TU Delft titled: “Paper in architecture. Research by design, engineering and prototyping”. In the same year, he was chosen as one of the 30 Creative People of Wrocław and also by the prestigious MIT Technology Review as one of ten innovators under the age of 35 in Poland. In 2019, he won the Universal and Sustainable Design category in the national poll for the personality of the 25th anniversary of Polish architecture organised by Architektura Murator. Between March 2019 and February 2020, he held a postdoctoral internship in the interdisciplinary team BAMP (Bauen mit Papier) at the Technical University of Darmstadt. In 2020, he received a grant under the “Leader” programme of the National Centre for Research and Development to carry out R&D work and build a prototype dwelling unit made of paper materials. In 2021, he won the Fame Lab Poland competition for scientists. He is the founder of the paper architecture design and research platform: www.archi-tektura.eu 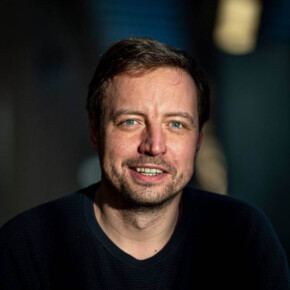 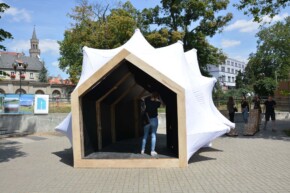 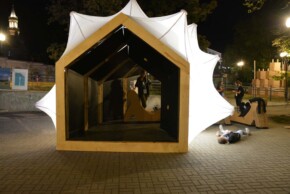 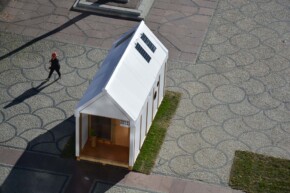 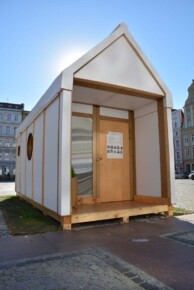