The Kowalskis’ furniture, an outstanding achievement of Polish design in the 1960s, accompanied millions of Poles for over three decades. Many people still remember them, and they were brought back to popular attention by the 1960s being back in vogue. “The Kowalskis’ Furniture” were first presented at numerous exhibitions of applied art of the People’s Republic of Poland, and then got into permanent exhibitions of several Polish National Museums. However, there is still a conviction that the popular name meant “furniture for everyone”, because the proverbial “Kowalski” is “everyone”. Meanwhile, this Kowalskis furniture is actually the work of the Kowalski couple: Bogusława and Czesław, interior designers from Poznań, who in 1962 won the competition for the design of Furniture for Small Flats.
In the history of design in general, and in Poland in the face of housing problems since the first post-war years, various, sometimes outstanding designs of wall units have been proposed. However, for a very long time it has been ineffective. During the competition in 1961, such proposals were generated by the Poznań community, which dominated the competition. The Kowalskis won the competition at the time, but the project had not been sent to production for a year – this happened only after the confrontation of the Kowalskis’ Furniture with the proposals of the Warsaw environment, at an exhibition in the famous, and now non-existent pavilion on Przeskok Street, in 1963.
What happened afterwards, was typical of the People’s Republic of Poland. Monopolization, production defects, inability to diversify production, rejection by the industry of variants that were of no interest to anyone, except, of course, for millions of users. But there were still giant queues waiting to buy the “Kowalskis”. And even ten years after they first appeared on the market. Although there were copies made for some billion and several hundred million Polish zlotys, their production was still too scarce. As was the furniture production in general.
After this first success of the Kowalski couple, the next ones came, bringing variants of the original design, and then numerous wall units of the 1970s, created in a different aesthetics – as well as projects of other Polish furniture makers referring to the original Kowalski Furniture.
Bogusława and Czesław Kowalski also created stylish furniture and interior design (including popular “Wielkopolska inns”), and they also worked in other fields of visual arts, such as set design and painting. The history of their professional successes was intertwined with the experiences of a generation that carried in itself the memory of the war and Stalinist years. In their mature age, they witnessed successive “thaws”, to finally participate in the revolution of Solidarity and in the political transformation.
Jacek Kowalski 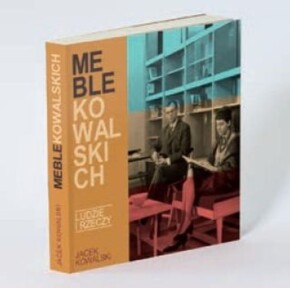 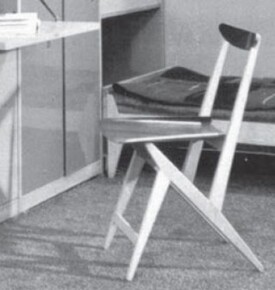 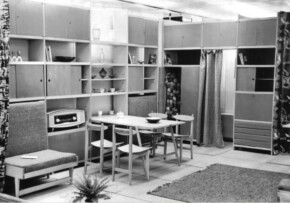 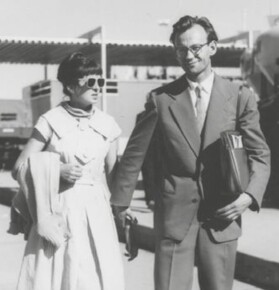