Grzegorz Bibro’s residency Neon jako tekst miasta(Neon as a text of the city) is a project involving the realisation of a light installation which in its form will draw on the typography of old neon signs in Bydgoszcz – exhibited in the second half of the 20th century, both those still existing today and those dismantled, known from old photographs. The content will be an attempt to discover a new urban identity for Bydgoszcz (against the background of the current social situation in the country). Neon signs fulfilled a variety of functions, they were not just information but also the decoration of the city, which built its image. In addition to analysis, field research and interviews with individuals involved in the history and collection of Bydgoszcz’s neon signs, a meeting between the artist and the public is also planned. The idea of the project and the progress of the work will then be discussed – shown through a diagram in the form of a collage that will hang on the walls of the gallery. The final outcome of the artistic residency will be a light installation.

Grzegorz Bibro graduated from the University of Arts in Poznań at the Faculty of Multimedia Communication (majoring in Photography) in 2015. He works on his own body, treating it as a tool and the main subject of his works. His second area of interest is faith and the relationship between religion and the body. He uses new media in his artistic work – he creates photographs, objects and video works, which often bear the hallmarks of performance.

His most recognisable project concerns his relationship with his father and was realised through body-based performances. The project, in development since 2012, was presented at a solo exhibition at Klubovna Gallery in Brno (CZ) in 2017. Seven years of collaborative work have been summarised in a self-published art book, Me and the Father, which premièred at Ostrov Books during Poznań Art Week 2018. The artist is also known for his neon objects and site-specific light installations that address issues of the body.
Lives and works in Poznań. 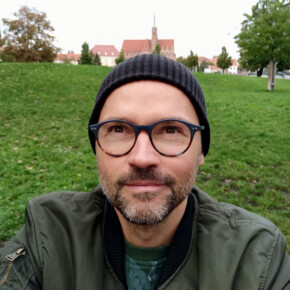 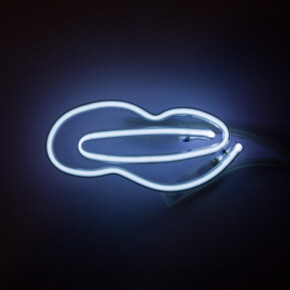 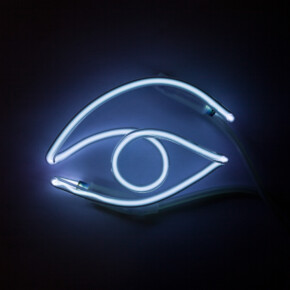