Over the last thirty years, in an era of dynamic social change, weakening family ties, globalisation, the search for new forms of religiosity and gradual secularisation, traditions influencing the shaping of wedding dress and the wedding ceremony itself have also been re-evaluated. Although in the visual aspect newlyweds often use forms known from the past, they often do so in a free and individualistic manner, without paying attention to the symbolism shaped over the centuries. These changes are particularly true of the bride’s dress, which over the centuries has acquired characteristics that significantly distinguish it from clothing worn on other occasions. With the emancipation of women and the sexual revolution, the significance of white, the wedding veil and the wreath traditionally associated with innocence and virginity was negated in particular. Other colours are also increasingly being introduced into women’s wedding attire, as the distinctive feature of the outfit becomes the sophisticated unusual form rather than the colour. Designers and brides taking inspiration from the richness of old fashion or regional costumes often create styles that would not have been appropriate for a wedding ceremony in the past, but the old-fashioned character adds charm and solemnity. Old traditions are increasingly ceasing to be an unchangeable pattern for newlyweds and are becoming a source of inspiration that they can adapt to their dreams.

Anna Straszewska, PhD, a graduate of the Institute of Art History at the University of Warsaw, works in the Editorial Office of the Dictionary of Polish Artists at the Institute of Art of the Polish Academy of Science, also teaches history of clothing at the Department of Stage Design of the Academy of Fine Arts in Warsaw. She coordinates the work of the Costume and Textile Art Club at the Warsaw Branch of the Association of Art Historians. Her main field of research is ancient clothing, its reconstruction and links between fashion and art; she devoted her MA thesis and several articles to the history of wedding attire, and her PhD to the role of historical costume in the works of Jan Matejko and 19th-century painting (published in 2012). She also published a popular science book “Strój polski w malarstwie od XVI do XIX wieku” (Polish costume in painting from 16th to 19th century) (Warsaw 2013). She collects photographs as well as wedding clothes and their stories; co-author of an exhibition of wedding clothes in communist times. 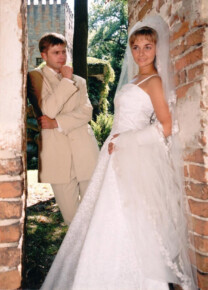 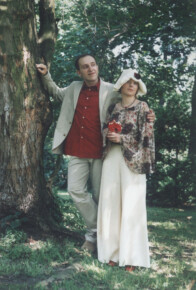 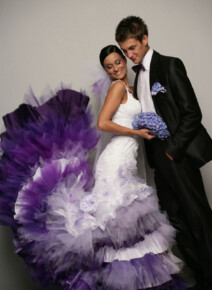