2ND EXHIBITION OF THE ARTISTS FROM THE KUJAWSKO-POMORSKI DISTRICT
Since October 14, the Municipal Gallery bwa is presenting the 2nd ART EXHIBITION POLYGONUM. The POLYGONUM exhibition depicts the current trends and the status of modern art represented by the artists from Pomorze and Kujawy.

53 artists submitted their works for the exhibition. The Jury composed of: For the exhibition, Marcin Lachowski (Head of the Jury), Jerzy Brukwicki and Andrzej Maciej Łubowski selected the works by 27 artists and ranked the works for three awards, in accordance with the rules of the 2nd Art Exhibition Polygonum. The exhibition is post-competition, it presents the works of artists active or coming from the Kujawy and Pomorze region. Its shape, the selection of works was proposed by the critics and artists related to other cultural centres. The rules of the competition were open, which allowed for the presentation of the versatile skills of the creators and a colourful image of modern art. The point was in presenting a closed artistic format, or in revealing a specific social or political idea expressed through art. In accordance to the organisers’ intentions, a particular model of presentation was more important based on confrontation of various artistic attitudes. “Polygonum”, expressing the idea of attempting, testing, but also of numerous shapes, assumes the possibility of combining various artistic propositions, studio works not presented before, of presenting them to a wide audience through mutual references, comparisons, confrontations. The principles of the exhibition, even though relating to the Kujawy and Pomorze environment, have the ambition of presenting works that go beyond local, do not refer to the identity of a school, preferred style, or clearly determined format.
(Marcin Lachowski, Wielokształtne konfrontacje [Poly-shape Confrontations], Polygonum 2010, excerpt from the text for the catalogue of the exhibition).
Polygonum 2010 is another interesting attempt of the Municipal Gallery bwa to present the recent works of the artists living and working in the Pomorze and Kujawy region. The selected works describe the motivations and goals of their creators, displaying an interesting panorama of various artistic attitudes and concepts. They put forth questions about importance and need of creating, about the ways of perceiving the world, they focus on man. Their main message can be found in the comments on values and factors shaping modern spiritual and social life, in the comments on human fate and destination, on the need for truth and freedom.
/Jerzy Brukwicki, Polygonum 2010, excerpt from the text for the catalogue of the exhibition /.

I believe that the idea of a competition with an independent jury, utilised for the exhibition of art by the artists from the Kujawsko-Pomorski District “Polygonum” is a good solution. The basic difficulty, though, is the diversity of the works to be judged. This diversity is the result of the current situation of the art itself, fragmented and presenting the multitude of individual narratives. It’s an interesting experience for me that in spite the diversity the jury were basically unanimous when selecting particular artists for awards and prizes.
(Andrzej Maciej Łubowski, Polygonum 2010, excerpt from the text for the catalogue of the exhibition)

The exhibition is opened in the Municipal Gallery bwa in Bydgoszcz until November 28th, 2010. 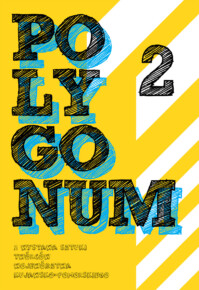