The last thing will be an image, not a word. Words die before images. – Christa Wolf

Since its very beginning, photography had been an extremely popular discipline. It quickly became the favourite form of artistic expression for many and has grown into a major branch of contemporary fine art. Throughout its history the CAMERIMAGE Film Festival has presented the outstanding achievements of photographers. Among our most memorable exhibits were Jessica Lange’s portraits of people and places, photocollages by Richard Horovitz, in situ photographic documentation by Mike Figgis, and portraits of contemporary celebrities taken by Bryan Adams.

This year we are honoured to present a truly remarkable collection put together by Spanish art expert and mentor of numerous events Lola Garrido. In The Stream of Time will take you on a journey through the history of photography starting from the mid-nineteenth century up to the 1990s. The selection consists of 90 pieces by 61 photographers. Henri Cartier-Bresson, Man Ray, Dorothea Lange, Alexander Rodchenko, Robert Capa, Diane Arbus, Cindy Sherman, and Nan Goldin open the long list of pioneers, famous European and American camera artists of the 1920s and 1930s, photojournalism legends, members of the avant-garde through the ages, revolutionary fashion photographers, and recognised contemporary artists.

The exhibition will feature a special presentation of works by one of the most fascinating photographers of the twentieth century, who witnessed the evolution of pop culture first-hand. Portraits by Linda McCartney will be presented by CAMERIMAGE in the Municipal Gallery bwa with the with the approval of Paul McCartney and Mary McCartney. These specific portraits were created over the course of thirty years of Linda’s career (1965-1997).

The Municipal Gallery bwa of Bydgoszcz will host the exhibition, providing a unique highlight to the 25th anniversary of the CAMERIMAGE Film Festival, as it is the very act of capturing images through the camera lens that lays the foundation for the art of cinema, and thus both events are a celebration of the foundation of their existence. The formal opening of the exhibition is planned for Monday, 13th November, during which Lola Garrido will give a lecture about her experiences and passion for photography. We also plan to hold a series of lectures and workshops designed to share insight into one of the most important branches of contemporary art and culture. Educational events and expert panels are to take place throughout the duration of the exhibition, which will be open until the end of January 2018.

Lola Garrido has devoted her entire career to art. She studied geography and history at the Department of Philosophy and Humanities at the University of Deusto. She decided to continue her studies, this time in the field of art, at the University of the Basque Country. In order to expand her knowledge in this field, she completed several courses at the Sorbonne.
She held the position of spokesperson at the San Sebastián Film Festival and acted as publications director, as well as director of the festival’s magazine. However, tempted by the possibility of organising the First National Video Art Festival at the Círculo de Bellas Artes, she decided to leave San Sebastián and move to Madrid. She also cooperated with Madrid’s authorities in her capacity as a consultant at the Department for Culture and as head of the Projects Unit. Following that, she began specialising in photography and modern art. She assumed the position of director of the Canal Isabel II Exhibition Hall, and after that, the position of director of special projects at the Banesto Foundation. Her tasks included the selection of works that were to be acquired for the foundation’s collection, which was later on transferred to the Queen Sofía Museum. This was the first time that an entire art collection was sold to a state museum. Today this collection is priceless.
From 2001 to 2007, she worked as an art director at the FotoColectania Foundation. In 2004, she started publishing the foundation’s magazine entitled Coleccionart. She has organised conferences on collecting, on art, on the French, Italian and Spanish markets, and even a round table on the future of collecting at ARCO 2005. She was a jury member during the ARCO awards in 2006, 2007, 2008, 2009, and 2010, a jury member for the Photography Awards Purificación García in 2007, and a jury member for the granting of scholarships of the Royal Academy in Rome, which is under the Spanish Ministry of Foreign Affairs.
In the world of art, her contribution has been primarily two fold:
Firstly, with respect to collecting, she has managed to create her own photography collections, Lo visible y lo latente (The Visible and the Latent) and Mujeres en Plural (Women in Plural), which are photos related to fashion that have been exhibited in various museums. A few works from the collections together with new acquisitions were included in Sus Ojos les Delatan (Their Eyes Betray Them) and Women Are Beautiful by Garry Winogrand.
In 1985 she was the initiator and curator of the First Video Art Festival organised in Spain, for which she managed to obtain works of renowned artists such as Bill Viola and Gary Hill.
She has published and created book designs and organised over 90 exhibitions, both at a national and international level.
Among the exhibitions she organised, we can distinguish the emblematic Inge Morath exhibition España en los años 50 (Spain in the 1950s), Obra selecta del Museo de Munich (Selected Works from the Munich Museum), and 150 años de la fotografía mundial (150 Years of World Photography). She has been a curator of the collection of the TELEVISA Foundation, of the collection of the Portuguese Centre of Photography, as well as of the private collection Pas moi sans eux of Pierre Bonhomme, former director of the Mission du Patrimoine Photographique. Furthermore, she worked as a curator for the selection of works from the collection of M+M Auer, famous Swiss collectors belonging to the most important photography incunabula collectors.
As a critic, she cooperates with numerous media. For three years, she published in the supplement of EL MUNDO and in El Semanal; for three years she also headed the ‘Fotomanía’ section. She still cooperates with these widely-read titles, as well as El País and La Vanguardia, and more particularly their supplements ‘Dinero’, ‘El Cultural’, and ‘ÉXIT’, as well as radio station SER and its program A vivir que son dos días (Let’s Live, Life Is Short) and TV channel CNN+. She combines this kind of journalism with the publication of specialist articles in the field of art and economy, in which she analyses the complicated market she is engaged in.
She has written a book on investing in art and on the market called La trilateral del gusto (Three Sides of Taste). 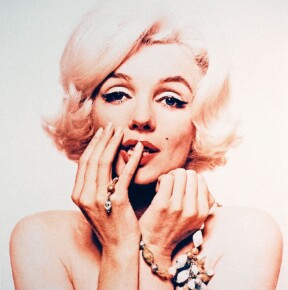 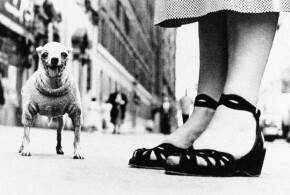 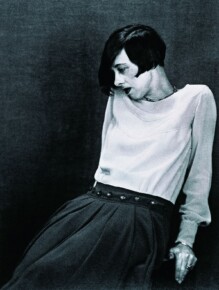