The exhibition is realised in two places – the Bajka Cave and the Municipal Gallery bwa in Bydgoszcz.

The opening is also divided into two parts.

The first part of the opening will take place at 5 pm near the Bajka Cave. It is located in Gądecz (Dobrcz commune) a few kilometres from Bydgoszcz (coordinates: 53.21895229342645, 18.178976536662518). You can use the transport organised by the Gallery. Meeting at 16.15 in front of the Municipal Gallery bwa in Bydgoszcz, 20 Gdanska St. Departure by coach at 16.30. Both the journey and the short walk from the coach to the cave will be enhanced by a guide telling us about geological processes and the formation of caves. One needs to register for the coach at the following email address: karolinapikosz@galeriabwa.bydgoszcz.pl and by phone: +48 52 339 30 62. If you want to use your transport, leave the car at the Rehabilitation Centre/Social Home (Gądecz 33) and walk 600 metres. It is possible to get by bike almost to the cave itself, then it is only several meters of ascent along the valley slope.

The second part of the opening after the return from the Bajka Cave to the Municipal Gallery bwa at 7.30 pm, where we have planned a guided tour of the exhibition.

You can take part in one or both parts of this unusual opening. Due to the location of the Cave, we suggest comfortable clothing and shoes with solid treads.

Experiencing, slowly, attentively. You can feel the pressure of the walls, the dampness and the smells that are not on the surface. It is a multi-sensory delving. Going deep. The cave is a primordial refuge, an interspecies home where one can feel comfortable, sometimes giving up bipedalism for four paws. The diurnal rhythm is inscribed in us, but here it is not supported by the wandering of the sun. Being in a cave is a state between the fairy-tale landscape of childhood and the archetypal legend. One can hide here while searching for the original meanings. Taming fears passed down from ancestors.

Space and lightness make up the display in the gallery space. Bajka is an attempt to convey the experience of the cave, its dimensions, and its smells. But it is only a trace. An olfactory provocation to set you off on your journey of discovering the right place. The gallery is for many an unrecognised point on the city map. Sometimes alien, inaccessible. Likewise, the cave, hidden on the urban fringe. We invite you to discover the physicality of one place, the cave, through the physicality of another, the gallery. We will touch the earth and the grass. That which is wet and that which is dry. Use your own body as a tool.

Krzysztof Maniak (born in 1990) – his artistic practice is based on activities in the landscape. His works are usually discreet, simple gestures and interactions with nature, such as stroking moss, bark, snow, climbing trees, and searching for the distance between two trees corresponding to the length of his body. The artist creates while wandering through forests, meadows and hills in Tuchów, where he lives. These places are both the background for his actions and the material for his temporary installations and the source of props used in his performances. Graduate of the Faculty of Intermedia at the Academy of Fine Arts in Krakow, since defending his doctorate in 2018 he has been associated with the Chair of Phenomena of Intermedia Art at the Academy (currently Deputy Dean of the Faculty of Intermedia). He is a laureate of, among others, the 14th edition of the Artystyczna Podróż Hestii competition, the Grand Prix of the 5th Spring Salon organised by the BWA in Tarnów and the 10th edition of the Spojrzenia competition organised by Zachęta – National Gallery of Art. His works could be seen, among others, in the Museum of Modern Art in Warsaw, SALT Ulus gallery in Ankara, BWA in Katowice, BWA in Tarnów, BWA Bielska Gallery, Biała Gallery in Lublin, MOCAK Museum of Contemporary Art in Krakow or as part of the Post-Artistic Congress in Sokołowsko.

biography compiled based on: https://zacheta.art.pl/pl/wystawy/spojrzenia-2021

Mikołaj Szpaczyński (born in 1989) – a graduate of painting at the Academy of Fine Arts in Katowice (2017), currently a doctoral student at the Intermedia Department of the Academy of Fine Arts in Krakow. He works with film, sculpture and actions in space. The basic theme of his work is wandering and going beyond the beaten path. He strives for a synthesis of the body with the directly experienced landscape and seeks a non-human perspective. Winner of honourable mentions in the Młode Wilki 2016 competition, and in the 13th Geppert Competition (2020). Author of individual exhibitions: Uziemienie at the Szara Gallery in Katowice (2017), Na końcu spojrzenia in the Miejsce Projektów Zachęty in Warsaw (2019), Bez ustanku in Trafostacja Sztuki in Szczecin (2019), and Ciąg Dalszy in the BWA in Katowice (2021). 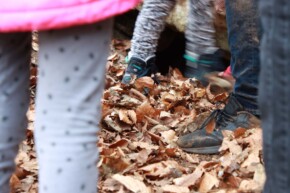 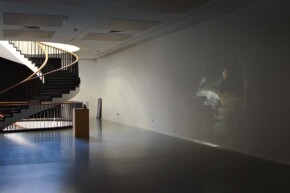 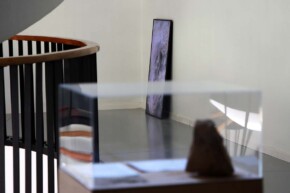 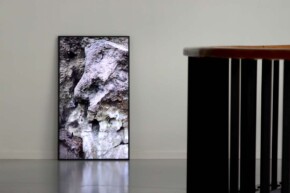 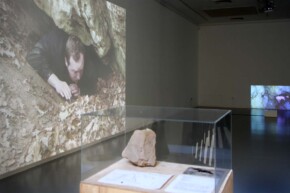 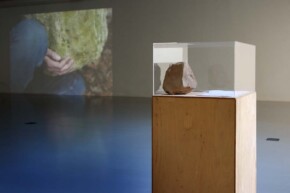 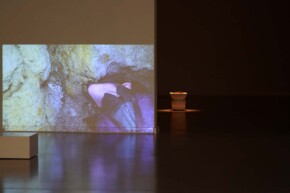 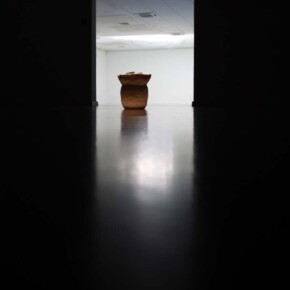 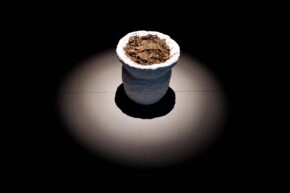