Adam Strzałkowski. Plates/Animalism
Adam Strzałkowski (born in 1977) – Polish painter. His conscious work was initiated by the “Private films” triptych, inspired by the work of Gerhard Richter “Swimmers,” which was at the same time his thesis. Formal hyperrealism is set in an existential context, in opposition to Richter’s artistic idea (subjectivism and sentimentalism are opposed to the relativism of the German artist). The works, characterised by a lack of texture (small amounts of paint are rubbed into the substrate) and slight blurring of the image, are often accompanied by supplementary text or one that is a physical part of the exposition (e.g. the “Plates” cycle, in which fragments of text appear alternately with images in the horizontal exposition and constitute its integral part). The form of the images (their format, technique, framing), as well as the subject matter, are versatile and remain in close dependence on the currently explored issue. Pictures are often painted in series (cycles: “Animalism,” “Plates,” “Frames,” “Mirrors”), because only such a principle is able to formally exhaust the complexity of some topics. The lack of texture results from the physical process of creating a painting built with light on the plane, and does not constitute a painterly imitation of photography. Realistic and hyper-realistic works are created in fragments, similarly to jigsaw puzzles; they result more from the observation of the “atom of reality” than from the presented approach “from the general to the detail.” For the purposes of art criticism, the most appropriate name for Strzałkowski’s work seems to be “sentimental hyperrealism.”
CV
1992-1997 – studied at the National High School of Fine Arts in Bydgoszcz
1997-2002 – studied at the Academy of Fine Arts in Poznań, in the Painting Studio of Prof. Jerzy Kałucki
2003 – “Painting and Drawing” – retrospective exhibition, “Blue Heaven” club, Solec Kujawski
2003 – “Private Films” – painting exhibition at the “Mózg” club, Bydgoszcz
2010 – “Zebra” – mural presentation, “Yakiza” club, Bydgoszcz
2010 – “Szkoła Bydgoska Hallo!” – group exhibition, Municipal gallery bwa, Bydgoszcz
2011– “Poczt-art, or nano-art yesterday and today,” the “Mózg” club, Bydgoszcz
2012 – “Me, that is you” – group exhibition of Young Art, Stara Piekarnia, Bez Nazwy Foundation, Bydgoszcz
2014 – painting decoration at “Rama Bar”, Bydgoszcz
Participation in the Visual Arts Competition for Bydgoszcz artists (small format), the Society of Cultural Initiatives in Bydgoszcz, Municipal gallery bwa, Kantorek Gallery, Bydgoszcz:
2011 – “Bridges,” 3rd prize
2013 – “Streets”
2014 – “Home”
2016 – “Neighbours”
2017 – “Sources”, 3rd prize
Curator: Elżbieta Kantorek
Beginning: 19.10.2018, 6pm
3 Gdańska St.
End: 30.11.2018 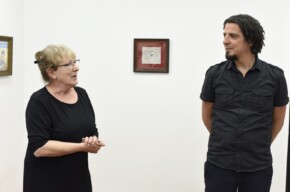 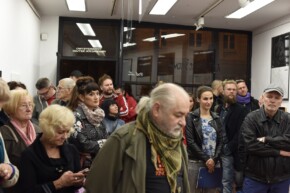 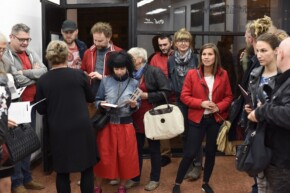 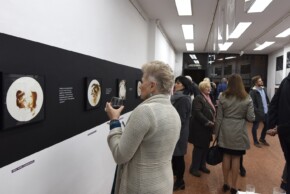 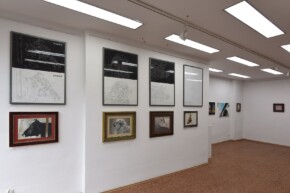 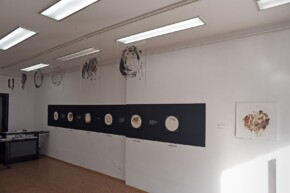