We invite you to the screening of the documentary “Ryszard Wietecki Bydgoszczanin” (Ryszard Wietecki from Bydgoszcz) presenting the silhouette of a Bydgoszcz-based artist who deals with easel painting, drawing and utility graphics.
Ryszard Wietecki, born in 1940, is a graduate of the State High School of Fine Arts in Bydgoszcz. He obtained his diploma at the Faculty of Fine Arts of the Nicolaus Copernicus University in Toruń, in the studio of Prof. Stanisław Borysowski. Member of the Association of the Polish Visual Artists.
In the years 1966-1976, he participated in the exhibitions of the first informal creative group in Bydgoszcz, which, apart from him, consisted of Jerzy Gurda and Leon Romanow. In 1970-1972, together with Romanow, was active in the domain of conceptual art, founding the Independent Non-Existent Gallery NIE. In the 1990s, he created the works in a series which continues to this day, titled Finds from the past. The exhibitions the in the years 2011-2014 present the interests of the artist supported by the digital printing technique.
His works were presented at both individual and group exhibitions in Poland and abroad. He also participated in numerous painting open airs and post-open-air exhibitions. His works can be found in several museums and in private collections. In 2015, the Municipal Gallery bwa presented a monographic exhibition of Ryszard Wietecki’s works entitled “Pictures”. The exhibition featured more than 30 works by the artist from 1966 to 2014. 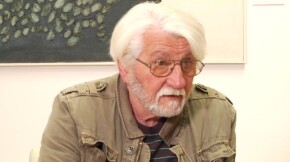 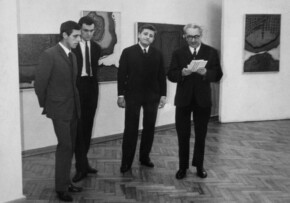 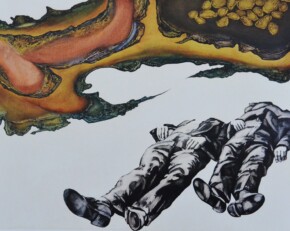 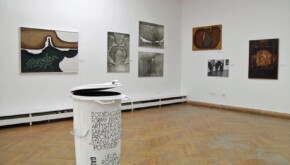 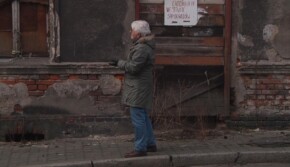 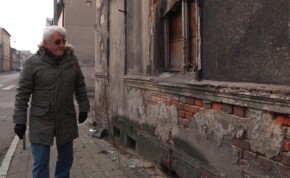